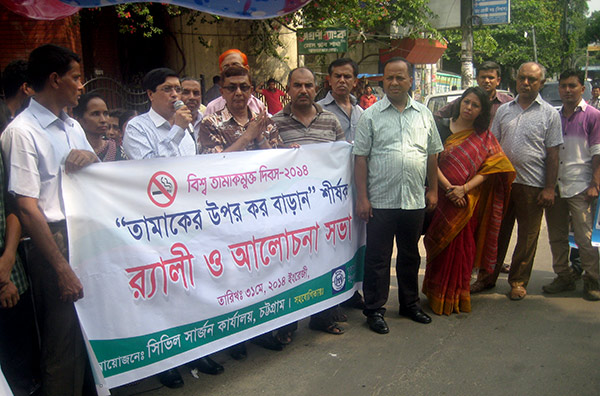 YPSA observed World No Tobacco Day’14 on 31 May in 11 districts of Chittagong Division jointly with District Civil Surgeon Offices demanding increases in taxes on cigarettes and other tobacco products in the national budget for fiscal 2014-2015. The aim of the program was to protect present and future generations from the harms of tobacco use and raise voice for increasing taxes on tobacco products to discourage tobacco consumption in the country. Colorful rally and discussion meeting were arranged in all 11 districts to mark the day.

Mr. Mazbah Uddin, Deputy Commissioner of Chittagong inaugurated the program by hoisting balloons and festoon in the rally in front of Chiitagong Press Club. Then the rally moved to Civil Surgeon Office. After the rally a discussion meeting was organized at the civil surgeon office where Dr. Md. Sarfaraj Khan Chowdhury, Civil Surgeon was present as chief guest and Dr. Md. Rafique Uddin, Deputy Civil Surgeon presided over the meeting.

A talk show on tobacco control has been telecasted same day from Chittagong Television where the theme and significance of World No Tobacco Day’14, harms of smoking or tobacco use and YPSA’s smoke free initiatives have been discussed. Nasim Banu from YPSA participated in the talk show. 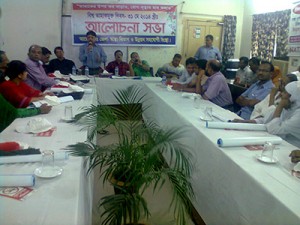 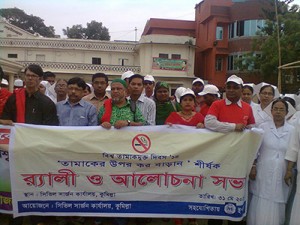 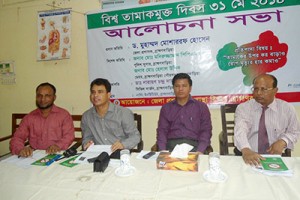 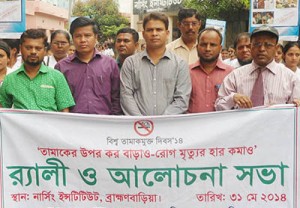 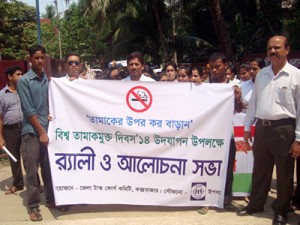 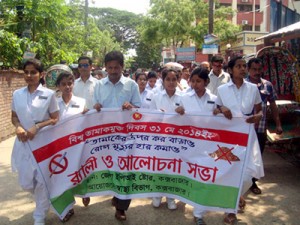 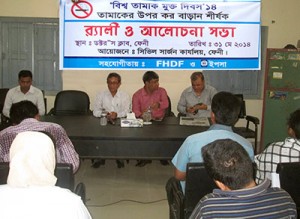 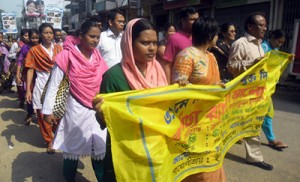 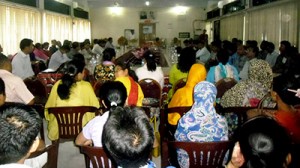