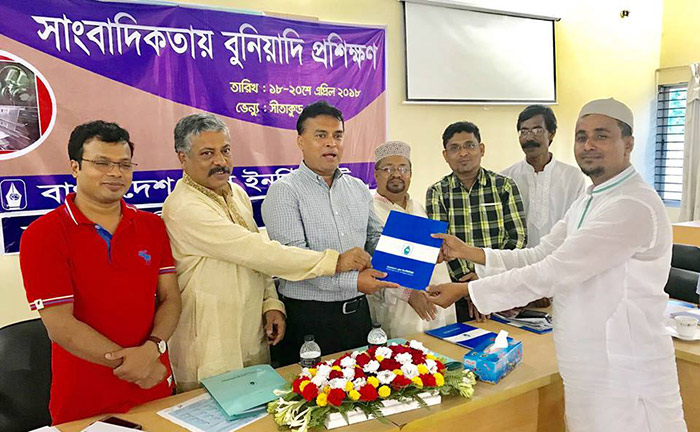 Press Institute of Bangladesh (PIB), a government institution, arranged a three-day basic training on journalism, in association with Sitakunda Press Club on 18-20 April at the Human Resource Development Center of YPSA in Sitakund. 40 journalists from Sitakund and Mirsarai Upazila participated in the training program. Md. Arifur Rahman, Chief Executive of YPSA was present as chief guest at the closing ceremony and certificates distribution program.

“Journalism is not something based on faith.  Journalism requires proper investigation, accuracy of information and accountability. A journalist must consider those things before publishing any news. There are many obstacles for the rural journalists. However, they have to do journalism keeping in mind the principles and ethics of journalism as much as possible.” Speakers said in the closing program.

Assistant Professor of Public Relations and Journalism Department, Chittagong University Ali Raji discussed the definition, characteristics and benefits of journalism and the value of the journalism.