YPSA handed over Smoke Free Signage to the Mayor 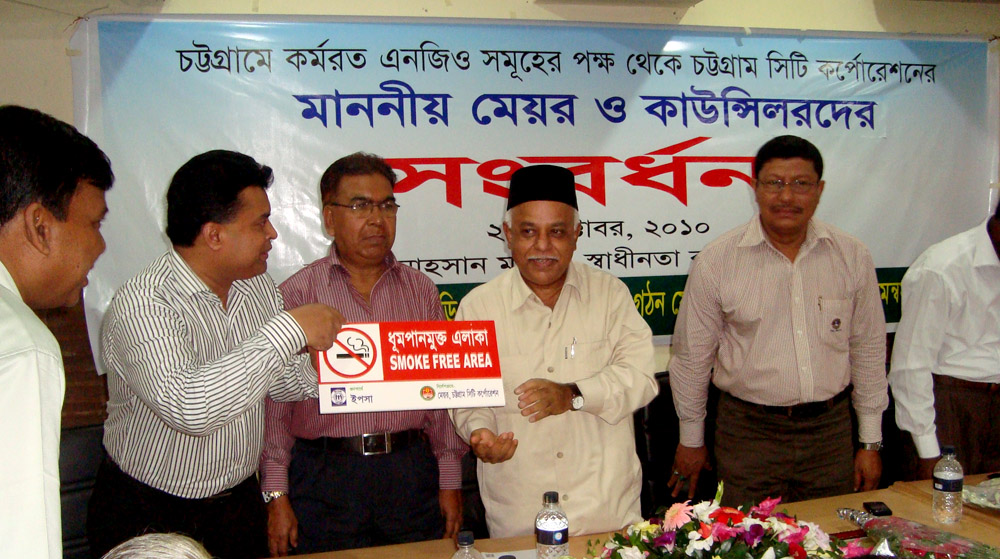 YPSA has handed over smoke free signage to the Mayor while the honorable Mayor, Mr. Monjur Alam, of Chittagong City Corporation has committed to provide all kind of cooperation and greeted YPSA for it Smoke Free Program. The Mayor also urged all the NGOs to be coordinated with this issue. The head of City was expressing this, when YPSA was raising this smoke free issue to him, in a meeting with NGO, and other civil society representatives on 24th October 2010.

The smoke free signage was also presented to him and he accepted those and displayed to all for helping him to ensure a smoke free Chittagong. Mr. Md. Arifur Rahman, Chief Executive, YPSA was moderating the occasion and saying, YPSA is one of the organizations in Bangladesh who initially has started this tobacco control program in the country. And now it’s implementing a Smoke Fee program with the Support of Campaign for Tobacco Free Kids (CTFK) in Chittagong to ensure a smoke free Chittagong City Corporation. He added, it would only possible if the government and the highest authority of Chittagong City Corporation cooperate.

The Mayor Mr. Monjur Alam said, as a non smoker he always with the smoke free campaign and urged to the NGOs and other concerned bodies to come forward to make this possible.