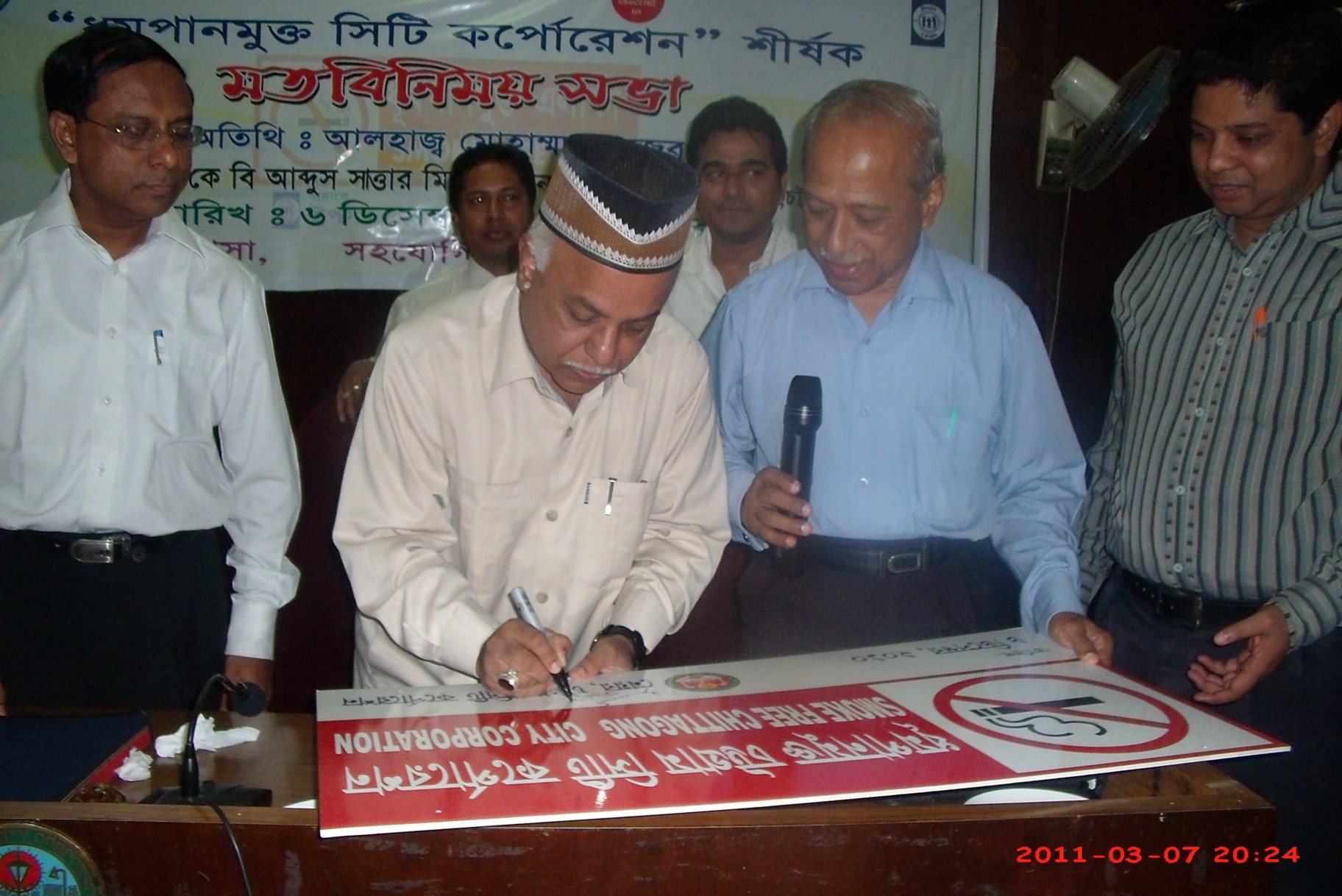 During the session, mayor signed on a board marked “Smoke Free Chittagong City Corporation”. YPSA handed over the Smoke Free Guideline to the Mayor.

Dr. Bishawarup Dev presented a slide show presentation on health hazards of smoking and Ms. Nasim Banu presented a slide show presentation on smoke free initiatives of YPSA and Chittagong City Corporation (CCC), present status of tobacco consumption in Bangladesh, benefits of smoke free environment and some proposal to CCC for the “Smoke Free City Corporation”. Proposals were as follows-

4.            Ban displaying of all tobacco advertisements like leaflets, posters, bill board, wall writing in the CCC area

5.            Place smoke free messages on the license plats of all rickshaws and other vehicles.

10.        Give responsibility to any department/unit/committee/person for the enforcement  of  smoke free laws and initiatives

11.        Encourage employers to prioritize non-smokers for the job recruitment

12.        Display ‘No Smoking’ Signage in all public places and public transport in CCC

In the meeting YPSA has shared initiatives of Mr. Mike Bloomberg, Mayor of New York City for “Smoke free New York City” as an example which also encouraged the participants to take some special decisions for smoke free city.

After the both presentation participants have participated in open discussion session and they has given some new ideas and their concern for smoke free city corporation. Besides that Mr. Jahangir Hossain, councilors of 26 no ward has officially declared that he will quit smoke from this meeting. Professor Dr. A.Q.M Serajul Islam, ex-head of Skin and venereal disease department of Chittagong Medical collage and hospital has moderated the discussion session. Mr. Palash Chowdhury, Director (Finance) was given welcome speech on behalf of YPSA.