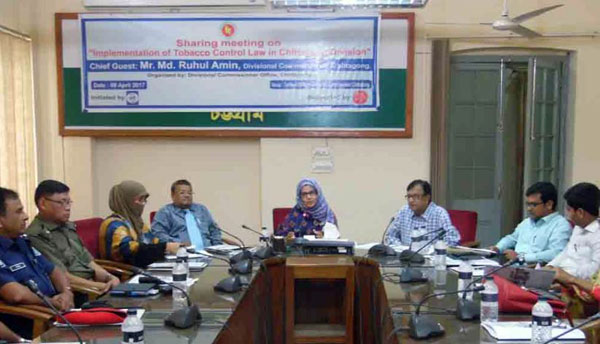 The chief guest declared in her speech, “Mobile court will be conducted at institution level at least once in a month. Divisional commissioner office will take administrative measures like issue circulars to different levels for implementing TC law in Chittagong division.”

Dr. Alauddin Majumder said that he would provide instruction to all district civil surgeons for mobilizing the sanitary inspectors for enforcing the TC law at district and divisional level. He also said that everybody should play their responsibility from their own positions.