YPSA organized a workshop on preparing project proposals for community-based sustainable rehabilitation for the highly distressed climatic induced displaced families of southeast coastal area of Bangladesh. The workshop was held on 20 September at the conference room of Upazila Nirbahi Officer’s office of Pekua. 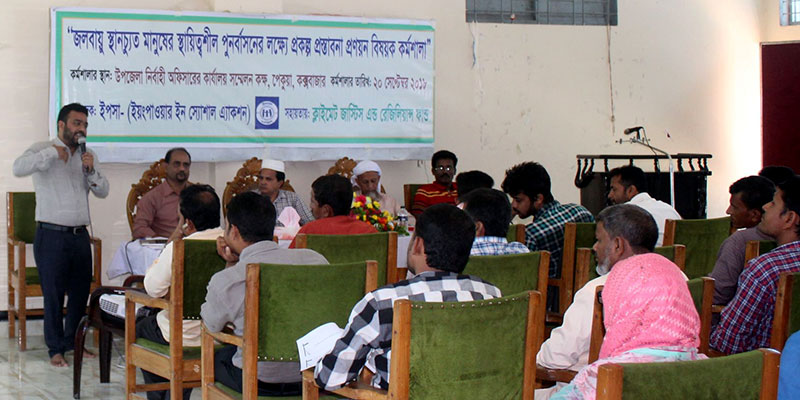 “Those who are victims of climate change can make their habitat in new places if they are well-off, but those who are not able to do it. As a result, they are permanently tied to the evil cycle of poverty.” Speakers said in the program.

“There is no alternative to planned rehabilitation for such victims, so that they can live in safe areas from the risky area and get all basic needs.” They added.