YPSA, an organization for sustainable development, has provided food assistance to 5,000 unemployed workers and poor families. These food items were distributed in packets among the unemployed workers and poor families in 10 unions and 1 municipality of the Sitakunda Upazila of Chattogram for 9 days. Each packet weighing about 32 kg was given rice, pulses, potatoes, onion, salt, oil, soap and vitamin capsules.

Milton Roy, Sitakunda Upazila Nirbahi Officer (UNO), said YPSA has shown responsibility by distributing food items among 5,000 unemployed families in Sitakunda. It was easier for the government as well as non-governmental organizations to deal with various disasters and epidemics. Hopefully, YPSA will inspire others in this initiative, he said. 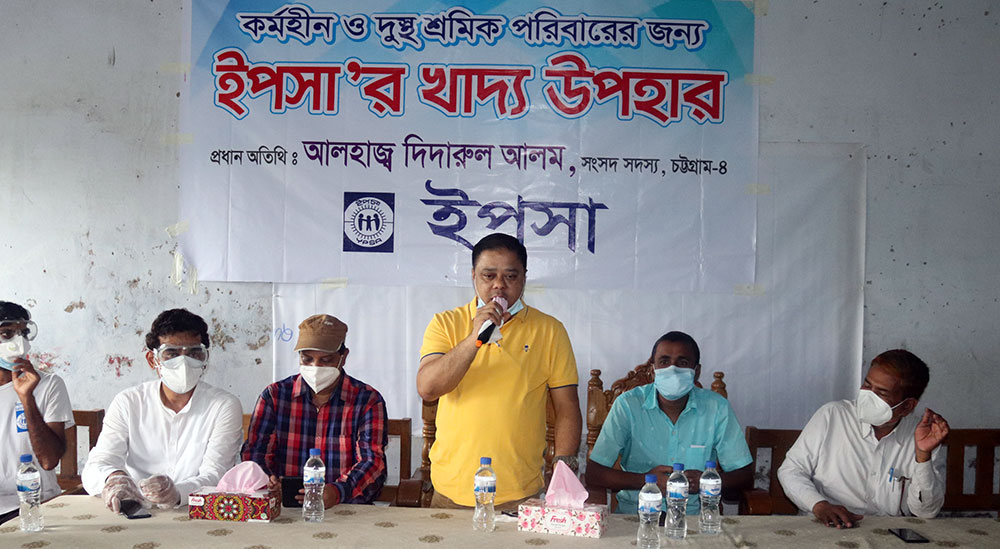 Md. Arifur Rahman, Chief Executive of YPSA, thanked the local administration, politicians and Union Parishad chairmen for their overall cooperation in this endeavor. He mentioned that this is the biggest support in the community during the pandemic so far.

YPSA coordinator Mohammad Ali Shahin was the coordinator of the food distribution program among the workers in the Corona epidemic. 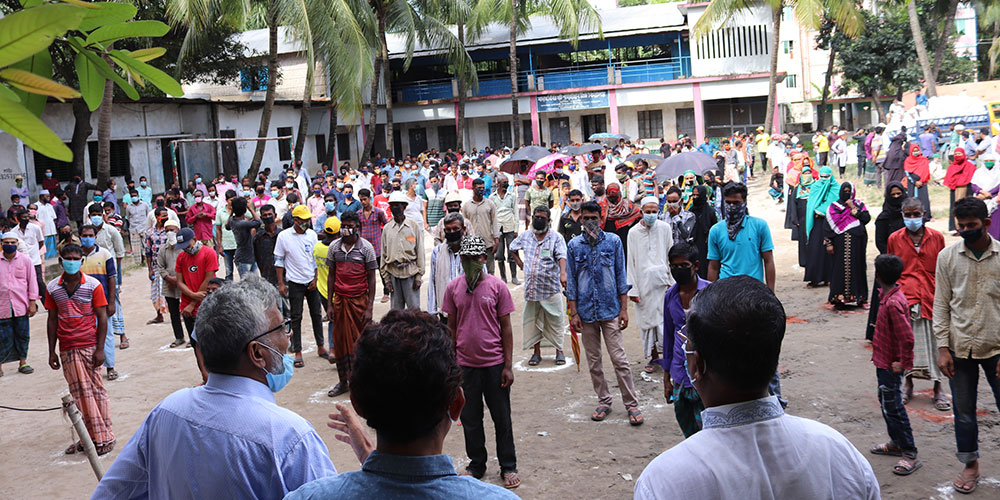 YPSA started this distribution on 17th July, 2020, from Bhatiary Union of Sitakund Upazilla where the Union chairman Mr. Nazim Uddin was present and delivered his speech on the precautionary measurement for protecting the community from the virus and also thanked YPSA for this unique intervention. YPSA invited all the listed workers in the venue and gave more than seven hundred packets in the event.

YPSA distributed food packets in Kumira Union on 19th July with the presence of the Union Chairman Morshed Chowdhury at the Union office premises. There were several other local government representatives were present in the occasion. YPSA has provided the food packets to workers keeping them in line with a distance of 4 to 5 feet and gave 300 packets in the event. YPSA also gave food packets in Kajipara office of YPSA where YPSA invited Mr. AMM Dilsad, member of Chittagong Zilla Parishad as a special guest and gave 100 more packets to the workers who live near the venue.

On 20th July, YPSA distributed in Shonaichori union where YPSA distributed more than thousands packets in a local school. It was severely  raining on that day so YPSA arranged the distribution inside the auditorium of a school and also invited all the workers in batch so different group of workers in came in different time of the day which helped to avoid the crowd. The local union chairman Mr. Munir Chowdury was present in the occasion and delivered a speech for the workers. He said, there is no one came forward with such a huge number of packets for the workers except YPSA. He added YPSA deserved a heartfelt appreciation from the community for such distribution. The event was also addressed by the Director( Finance ) of YPSA who emphasized on wearing mask and maintaining social distance. Meanwhile, the Project coordinator also ensured to speak for all groups of workers who received food packets regarding the safety measurement for the protection from the virus. There were workers from ship yard workers, tribal communities, fishing communities, and daily workers were present to receive the packets. 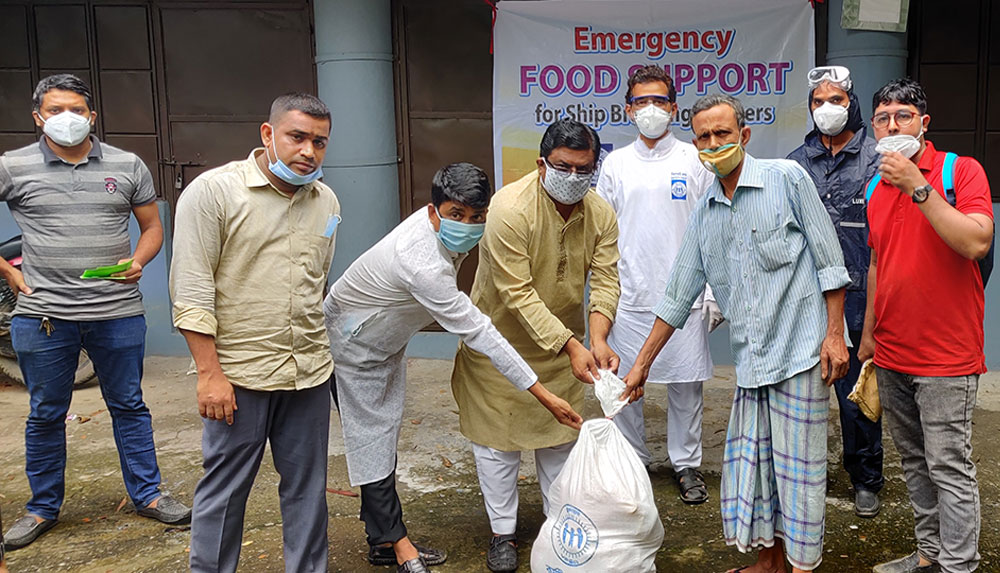 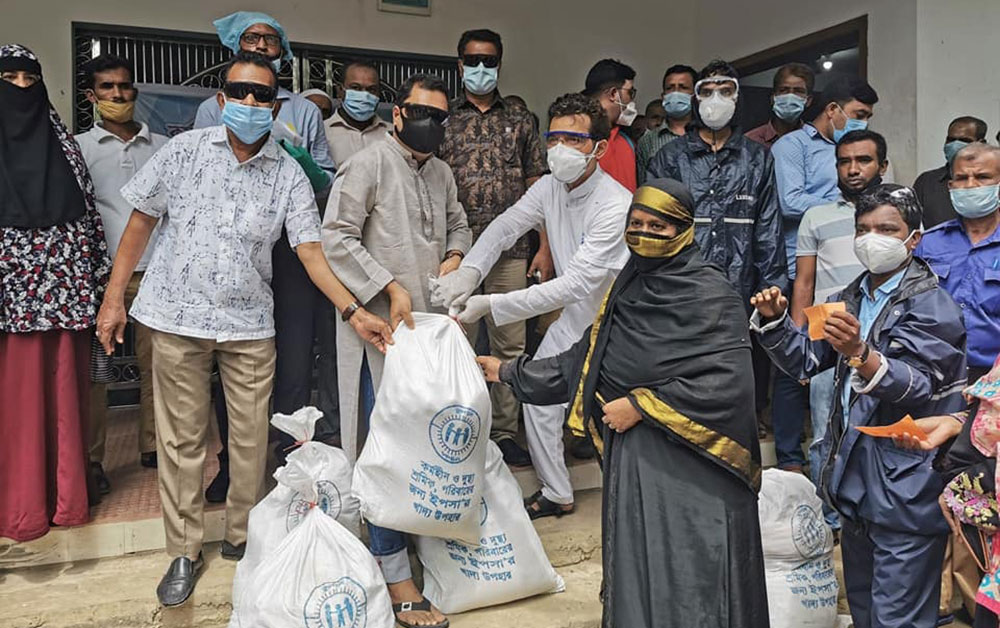 YPSA arranged another distribution events on 21st July in two unions of the upazilla which are Bashbaria and Barobkunda Union where YPSA distributed around 500 packets. The chairmen of the both union were present in the distribution. The events took place in their respective union premises. Mr. Sadaqat Ullah Niaji, the chairman of Barobkunda union, spoke for the people who were invited to receive the packets. He said YPSA is working in the community for a long time and the food packet would be very useful for the workers as it given in a very needy time. The workers and the poor families lost all of their savings for this four month long crisis.

On the same rainy day, YPSA has distributed food in Bashbaria union where the chairman has handed over the packets by himself and worked with the YPSA team like a volunteer. The chairman, Mr. Showkat Ali Jahangir expressed his sincere gratitude for the food support to YPSA. The workers were very much happy and they have been thanking the YPSA team repeatedly. The events took place inside the union office premises under the roof. 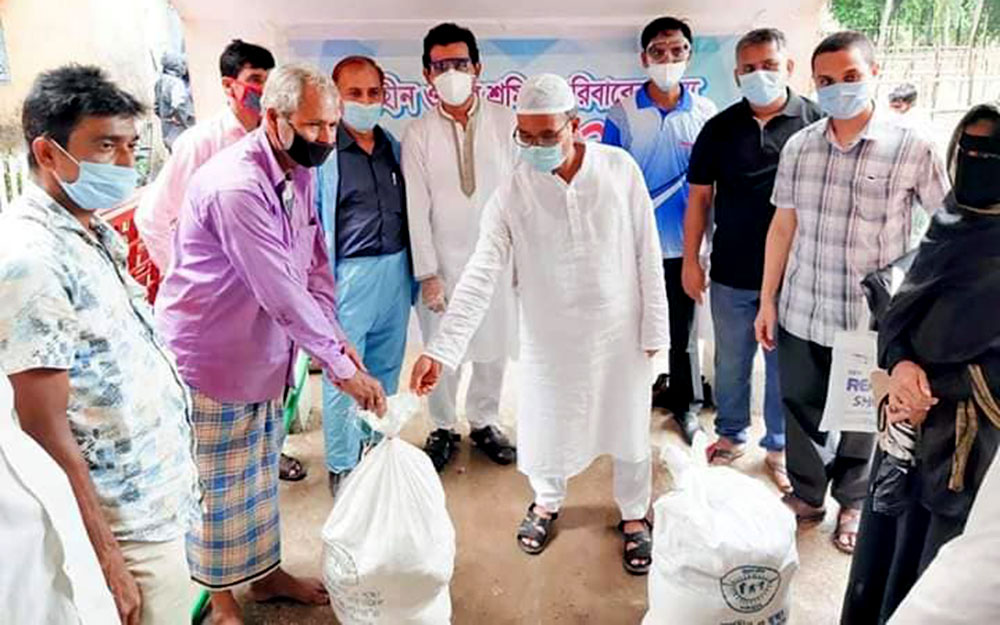 YPSA provided food packets in two more union on 22nd July where a number 500 families received the packets. The union chairman of Bariardhala, Alhaj Rehan Uddin Rehan was present and gave his hand to help the YPSA team for the distribution work. Besides, Mr. Tajul Islam Nijami, chairman of Sayedpur Union, was also there in the distribution event when the event took place in his office premises of Sayedpur Union Parishad. Both chairman expressed thanked YPSA for this food support for the poor workers and their families.

On 23rd, YPSA team has arranged several distribution events in Sitakund town area and in Muradpur union. The team has arranged an event with two hundred families, in batch, at YPSA core office where Alhaj Abdulla Al Baker Bhuiyan, the president of Sitakund Upazilla Awami league, was present and gave an encouraging speech for YPSA regarding the importance of such food distribution for the poor families of the workers. The event were also addressed by Mr. Shomir Sharma, YPSA executive body member, and social and political leader Mr. Golam Rabbani, Ratan Miah, Advocate Abdus Samad, Mr. Shayesta khan, Mr. Showkat Ali Jesmin. After the event, the team has another big distribution event in Sitakund Pouroshova office premises where the panel mayor, Mr. Haradon Chowdhury Babu, of the Pourashova including few commissioners as Mr. Didarul Alam Apolo and Md. Azad were present in the event.

On the same day, YPSA team provided food packets in Muradpur Union where it has given 230 packets for the poor workers and their families which were listed by the union chairman and YPSA together. The union chairman Mr. Md. Jahed Hossaid Nijami was present and shared his excitement about the food distribution of YPSA. He said, YPSA did a great job by providing the food for the poor workers and the families. He also talked about the need of hygiene practice during this pandemic to protect from the viral infection.

YPSA continued the distribution on 24th July while the team provided food packets to 500 families in Sitakund especially the disabled workers and their families. The first event of the day was organized jointly with a local club where the Upazilla Nirbahi Officer (UNO) Mr. Milton Rai was gracefully present in the event the event was also participated by Mr. Showmitro Chakrabarty, president of Sitakund press club, Mr. Liton Kumar Chowdhury, general secretary, press club, Mr. Sekandar Hossain, ex-president of press club, Mr. Palash Chowdhury, Director (Finance) and Muhammed Ali Shahin, Program coordinator, YPSA. The second event was organized in YPSA Sitakund Office where another group of workers have received the food packets. The UNO appreciated about the distribution and expressed as a big organization YPSA has expectation from the people so YPSA should continue such work for the community. 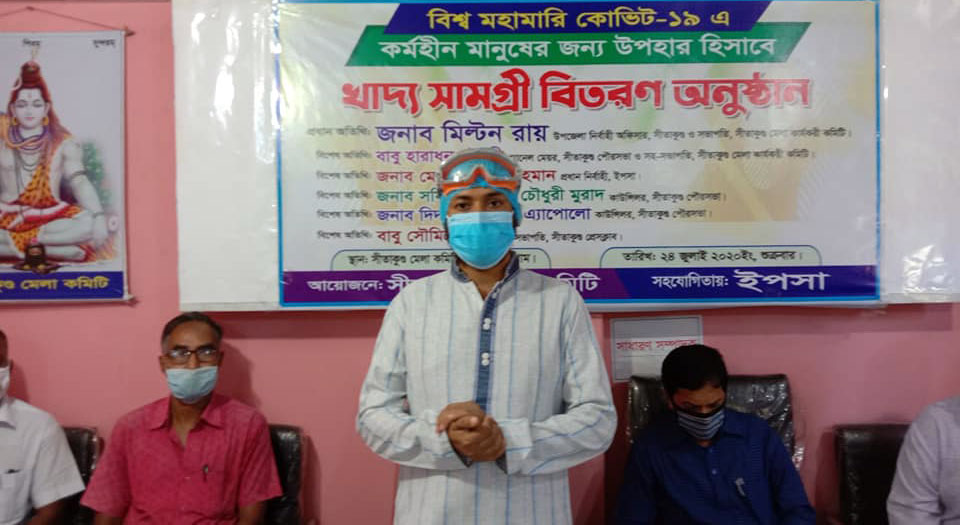 On the same day, YPSA organized a press briefing with the local journalists to describe about the food distribution process. The press briefing was presided over by the program coordinator Mr. Muhammed Ali Shahin where he updated about the distribution and explained the reaction from the workers and their families who received the packets. The general secretary, ex-president and several members of Sitakund press club were present in the briefing.

YPSA has provided final big distribution on 25th July in Salimpur Union of Sitakund Upazilla where YPSA provided 350 packets. Mr. Salauddin Aziz, the chairman of the union was present in the distribution who has thanked YPSA in his speech and requested the people to follow the safety measures to be protected from the virus. The program coordinator, Mr. Shahin, was present in all the distribution events with the all team members and 20 volunteers.

On 26th YPSA did its final distribution in the Safety first center where 200 workers and family members. The workers and their families who received the food packets were so overwhelmed after seeing the food inside the packets as all the groceries were very much essential for their daily meal.

Many workers became emotional and cried to express their happiness after receiving the packets which was unexpectedly given and became a surprise gift for them. YPSA named the food packet as FOOD GIFT so that the poor workers feel respected with it. One worker said that they have never took such amount of food to their home and another worker said that he has brought packet for receive the loose items but became surprised to see the well-packed bag of food items. The workers urged YPSA to continue its support for the community whenever its needed in future. 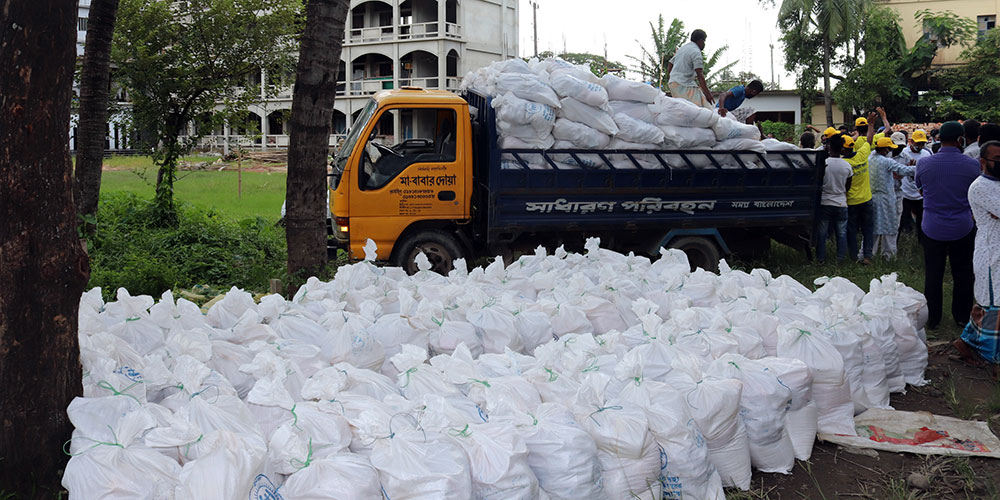