These volunteers will work as a first responder during any emergency, aid distribution, awareness for social behavior change during lockdown, and awareness for dengue and chikungunya prevention. Already 2 UCV team leaders for each ward has chosen. 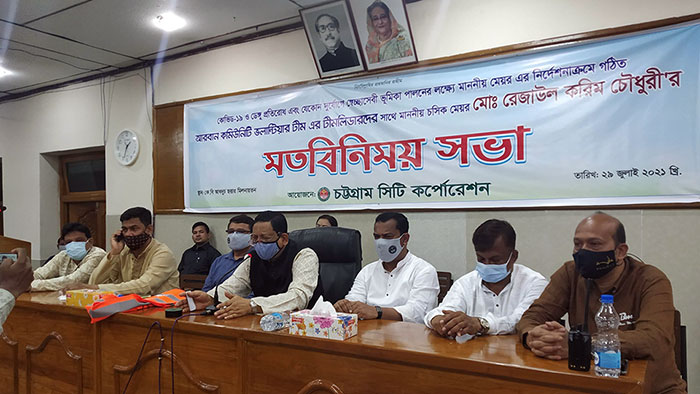 Chief Guest, City Mayor Rezaul Karim Chawdhury said, “Volunteers are often working for community welfare and we need to coordinate these volunteers. Our initiative to form UCVs in 41 wards is first step to execute Prime Minister Sheikh Hasina’s call for forming nationwide 62000 Urban Community Volunteers. Soon We will arrange Mayor Award to inspire all the volunteers in the city.”

At the end volunteer uniform, ID card and hygiene kits were distributed among the UCVs.