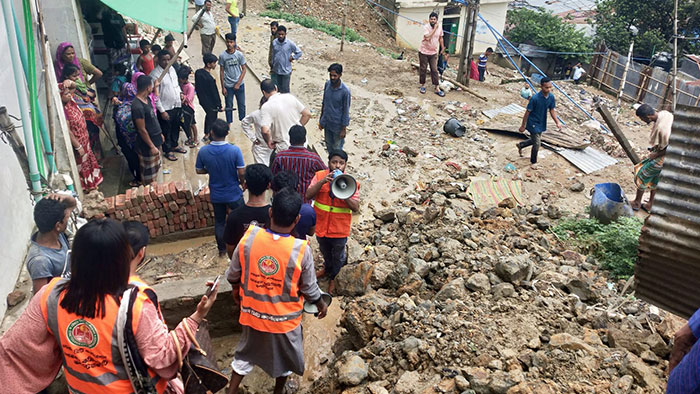 A group of trained Urban Community Volunteers has engaged spontaneously in various response and evacuation activities at different areas of Chattogram City Corporation following separate landslide triggered by torrential downpour which have left four people dead and two others injured in two neighborhoods, known as Jhil No One and Bijoy Nagar, on early Saturday, 18 June, 2022.

Landslides, one of the major disasters of Chattogram, which is a unique land of natural beauty surrounded by mountains, rivers and seas, have killed more than 200 people in the last 13 years. As a huge number of families, who are mostly poor and vulnerable, are inhabiting risk fully mostly in their tin-shed home at 18 risky hills slope in Chattogram, each year during the rainy seasons there emerges a need for Chattogram District Administration and Local Govt. Authority to take action for evacuation and awareness actions for reducing the fatality of landslide incident. 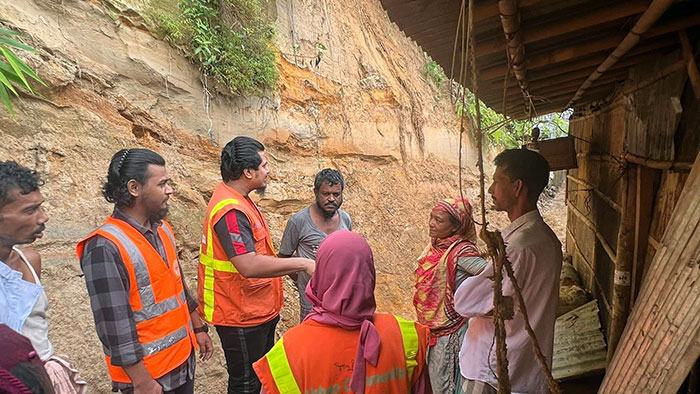 From last two years, Urban Community Volunteers formed and trained by YPSA (Young Power in Social Action) and Save the Children under Proyash-II Project (An Urban Risk Reduction Project) are working in hand to hand with Local Govt. Authorities-Ward Councilors and Ward Disaster Management Committee in various awareness and evacuation activities for safeguarding people leaving at risky hilly areas and reducing the death tolls.

With massive awareness campaign and precautionary measures carried out in join collaborations with Chittagong City Corporation and Chittagong District Administration, engaging volunteers and WDMC, the death toll from landslide was at zero. 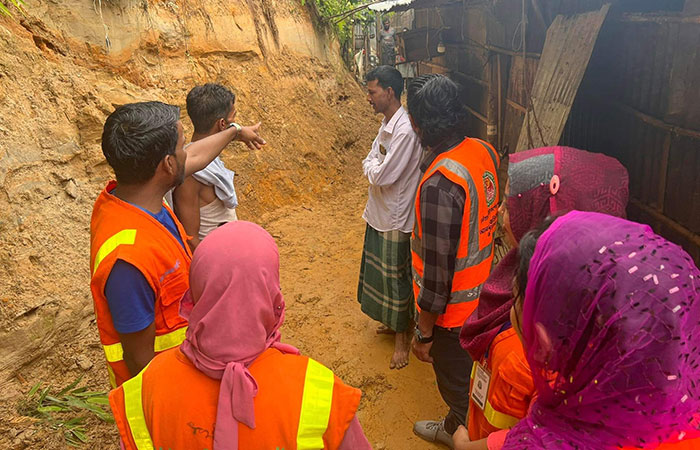 As part of that Proyash-II Project, YPSA has formed and provided search, rescue and fire fighting training to 200 Urban community Volunteers from 2018 at 4 wards of Chattogram City Corporation in coordination with Fire service and Civil defenses (FSCD) so that they can act as first responder in any disaster or emergency situation of their community. As a reflection of these UCVs positive and effective activities Hon’ble Mayor of Chittagong City Corporation formed UCV team at each ward of Chattogram. YPSA has also provided the same training to representatives of these ward’s UCVs recently. 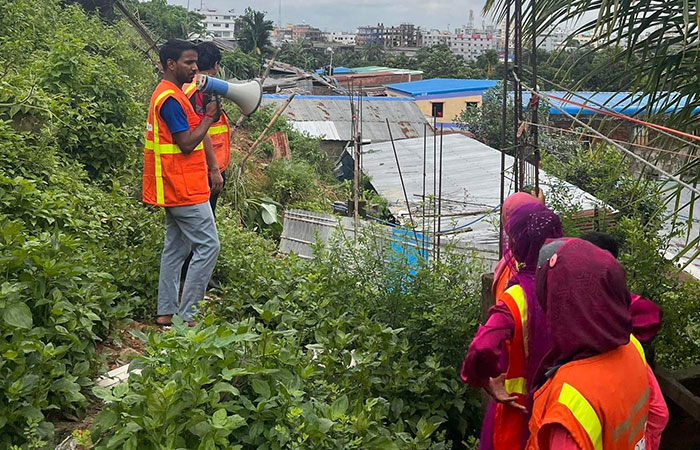 With sudden incessant rains which resulted separate landslides from last two days, trained UCVs in every ward are actively participating in response, evacuation and awareness activities including facilitation to evacuate people living in risky hilly areas, arranging food and accommodation for shelter. A collaborative awareness activities are also being carried out in all the wards where there are hills to evacuate people from the hills who are at risk due to landslide and heavy rain between UCVs, Chattogram District administration and Local Govt. Authority.