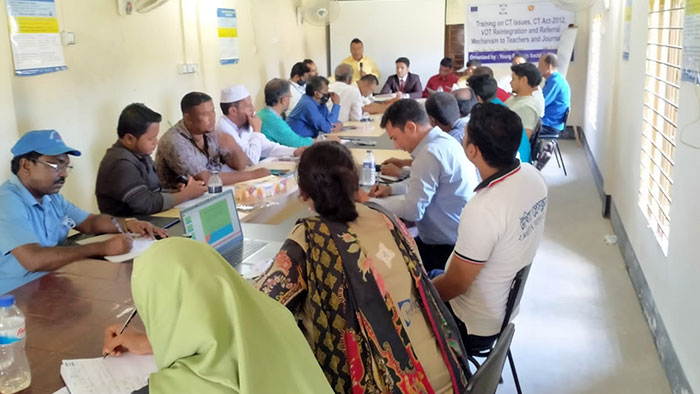 The training was organized under the project titled, “Prevention and Response Activities Implementation on Counter Trafficking Issues” being implemented by YPSA with support from International Organization for Migration (IOM) and European Union.

The core objectives of the training were i) to share the basic concept of human training, ii) to orient the journalists on the Prevention and Suppression of Human Trafficking Act, 2012 of Bangladesh, and iii) To equip the journalists to combat the crime of human trafficking through their investigative and evident based write-ups for the trafficking victims. 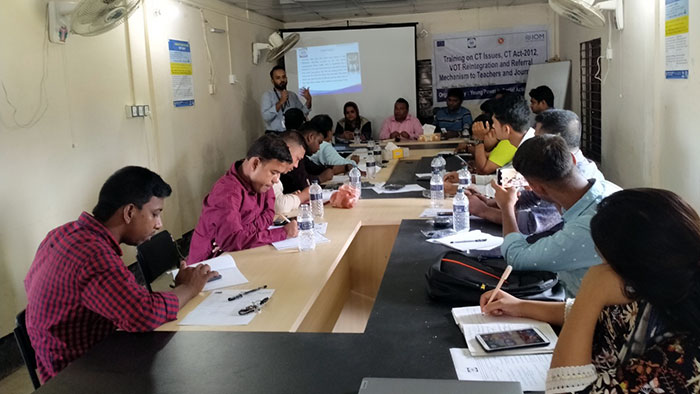 Mr. Ratan Kumar Dey, Secretary, Press Club praised YPSA to organize the training for the journalist in Ukhiya, Cox’s Bazar. He said, “Journalists can play a big role in preventing human trafficking through their write-up. Through the training, the participating journalists have learned about the human trafficking act 2012 and they have got the legal direction on how to write evident based news that will help the victims of trafficking to claim their rights in the court.”

On both of the training days, there were open discussion sessions in which the participating journalists actively participated. In this session, Adv. Syed Md. Rezaur Rahaman (Reza), Special P.P, Women and Child Abuse Suppression Tribunal-2, Cox’s Bazar said, “Under the National Plan of Action for Combating Human Trafficking 2018-2022, the special tribunals across the country have been established and it is a significant initiative of the government.”