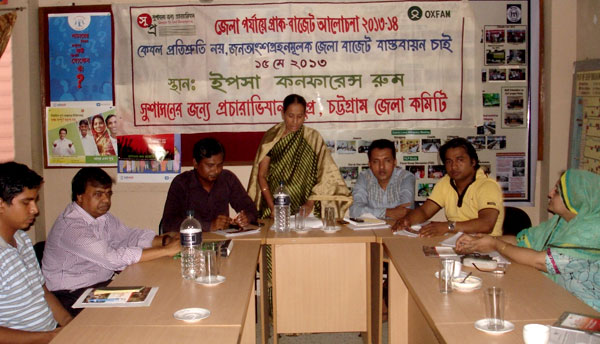 Speakers emphasized the need for preparing people’s participatory national budget for reflecting the hopes and aspirations of the people in general.