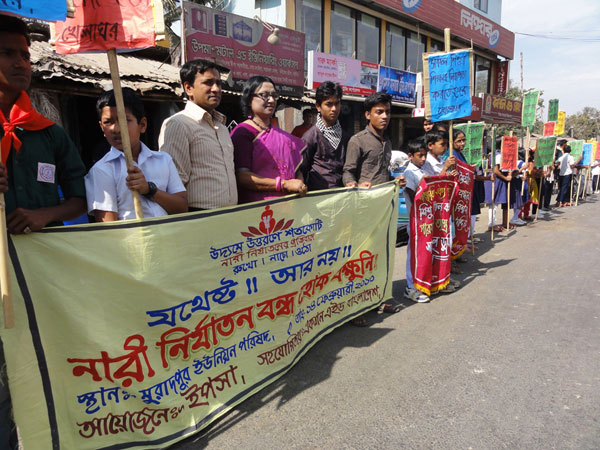 In Bangladesh 771 women became the victims of rape in 2012 out of them 157 gang-raped and 106 were killed after rape. According to the UNFPA, ‘One in every three women has been beaten , coerced into sex, or abused in some other way, most often by someone she knows, including by her husband or another male family member.’

YPSA organized rally, human chain and  yard meeting in the different places in Sitakund and Mirsharai on 14 February with the support of of Actionaid Bangladesh, RAMRU and Manusher Jonno Foundation.