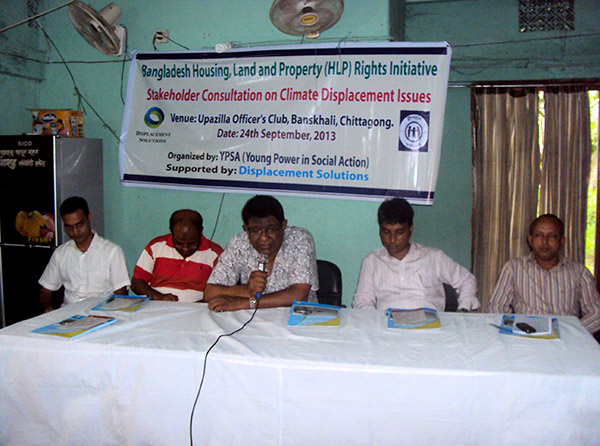 During the open discussion vice chairman of Banshkhali mentioned that’s there are vast kash lands are available but major portion of land are under influential people of our society. We have to work together and make sure landless people to ensure their rights.

Many of the local representatives and journalist mentioned that large area is affected by serious climate change. Large number of people from the affected areas forced to leave their households and taking shelter in the neighboring hills, which causing destruction of natural hills. This people need to rehabilitate such a way in an area so that their livelihood is ensured.

In the closing remarks, UP chairman welcome this innovative and different approach. These points are relevant in many ways. It is a matter of regrets that some of the points will be very challenging. We have to look deep into this point. Everyone coordinated efforts can make these a success.