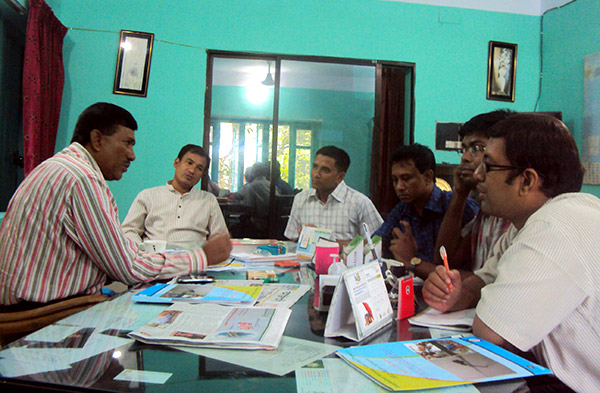 HLP project team members brief the target government officials and local elected representatives on HLP program and five key potential actions for ensuring rights of climate displaced people. This area is vulnerable itself, at the same time this locality has to host large group of displaced families due to adverse effect of climatic changes in the neighboring island areas. All the participants agreed that, all the points are very much valid and for many reasons they are challenging too. This initiative demands coordinated efforts form government, nongovernment organizations’ and all the relevant parties at all level.