Police in a drive rescued 23 people while being trafficked to Malaysia in Khatiberhat area under Panchlaish police station of the city early Saturday. Shah Abdur Rauf, assistant commissioner of city police, said acting on a tip-off, a joint team from Panchlaish and Chandgaon police station conducted a drive in an under-construction building of the area on Saturday and rescued the 23 people who were taken there for sending to Malaysia through illegal marine route.

Police handed over 23 survivors to YPSA Transit Home. Assistance Commissioner of Police (Chittagong North) A.K.M Sohidullah contacted YPSA team to give necessary support to the survivors. YPSA’s Actions for Combating Trafficking (ACT) program team provided all supports along with counseling and shelter accommodation at YPSA’s Transit Home. Finally, YPSA gave support them for returning back to their own home.

YPSA has been implementing the project titled  “Promoting Basic Services to Survivors in Trafficking through Integrated Approach” with the support of Winrock International and USAID. 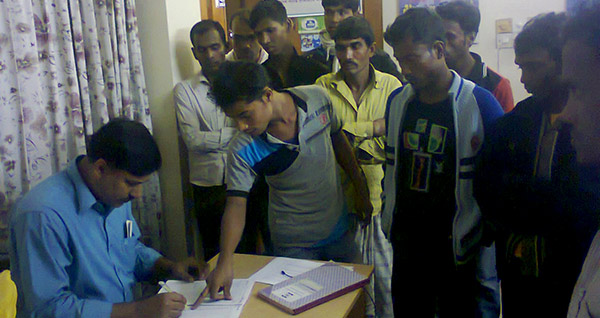 Next Capacity building through vocational training can keep the floating children away from the life of crime. Contract Signed for “Climate Resilient Participatory Afforestation and Reforestation Project ( CRPARP)” Previous