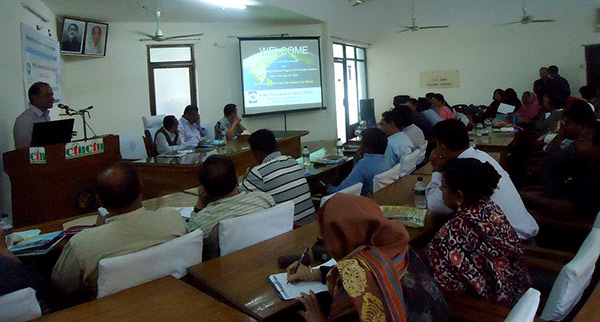 Chief Guest of the meeting Mr. Sarwar Kamal, Mayor, Cox’s Bazar Municipality mentioned in his speech that, YPSA is performing greatly in this area for the betterment of community people. These are a kind of initiatives which focuses on the rights of climate induced displaced families, Bangladesh ratifies the UN charter and we are responsible to ensure the rights of the displaced people. From the local administration we are promising to provide our full support in such initiatives from YPSA. We should ensure sustainable utilization of land and strictly implement land uses policy of the country. The database for climate displaced peoples should be prepared urgently and if YPSA will take necessary action to do a research on climate displaced peoples at Cox’s Bazar, Cox’s Bazar Municipality will give all kinds of support to rehabilitate the disaster affected victims.

Enamul Haque Bhuiyan, Assistant Forest Conservator in Cox’s Bazar said Forest Department now implementing vast coastal afforestation program at Cox’s Bazar to protect the vulnerable islands against climate change with the support of YPSA. Mangrove forests can protect the coastal erosions from sea but land grabber destroys the forest and rate of displaced peoples increasing from different Upazilas of Cox’s Bazar. The forest department was forced to return the land planned to raise mangrove forest due to mindless grabbing by the local influential quarters, he said, adding that at least forty people had been sued for this illegal practice. So we should increase forest area and reduction of forest depended peoples for destroy our mangrove forest and protect the coastal peoples from migrated their land and home.