A discussion meeting in association with Municipal Association of Bangladesh (MAB) was held on 1st March, 2014 in Khagrachari Pouroshova. In the meeting, Alhaj A.K.M Mozammel Haque, Minister of Liberation War Affairs, Bangladesh and Advisor of MAB was participating as chief guest and the meeting was presided over by Alhaj Mohammed Abdul Baten, Acting President of MAB and Mayor of Bera Pouroshova, Pabna. 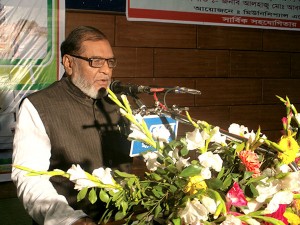 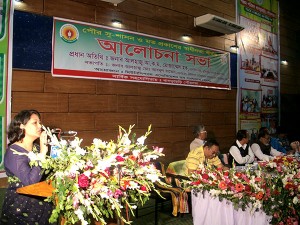 At the end of the program, YPSA along with the Mayor of Khagrachari Pouroshova has given a memorandum to Minister of Liberation War Affairs and Adviser of MAB for taking initiatives to ensure smoke free local government by endorsing smoke free guideline for all municipalities across the country and also raise voice in the parliament for increasing tobacco tax in the upcoming national budget.