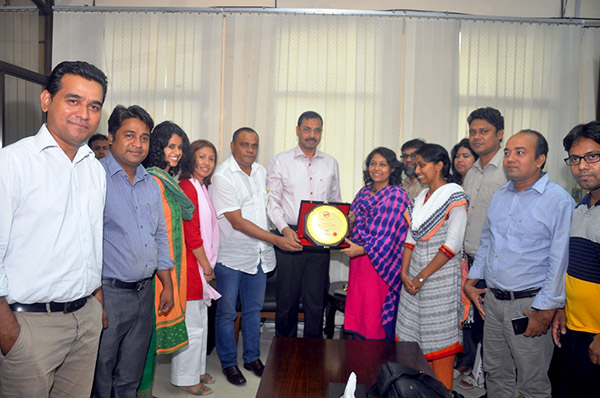 “10 million BDT has been allocated in the current fiscal year’s budget for tobacco control initiative. It will be spend in a constructive way and the size of the fund will be increased in the future. Besides making the city free from water logging and garbage, the effort will be continued to make the city smoke free and healthy city.”  Said mayor of Chittagong City Corporation AZM Nasir Uddin in a courtesy meeting with the representatives of US based organizations  Campaign for Tobacco Free Kids (CTFK), Bloomberg Initiative (BI) and leading NGO of Chittagong YPSA.

Allocating maximum budget compared to other local governments in order to make Chittagong City Corporation smoke free, a crest has been given to the mayor AZM Nassir Uddin on behalf of all level of citizens.