YPSA distributes sanitary latrine among the poor families at Kawkhali in Rangamati under the project Enhancing Resources and Increasing Capacities of Poor Households Towards Elimination of their Poverty (ENRICH) supported by PKSF.

The geographical, demographic and hydro-geological patterns and characteristics of Chittagong Hill Tracts (CHTs) are different from other regions of the country. The most rural people of the three CHT districts are of ethnic minorities

Open defecation and the use of unhygienic latrines is a common picture here, which indicates local people inhabiting with the ignorance of about the use of sanitary latrines and behaving hygiene practices for better health and their overall well-being.

People of these areas have to be aware of the importance of using sanitary latrines for its health consequences and benefits. 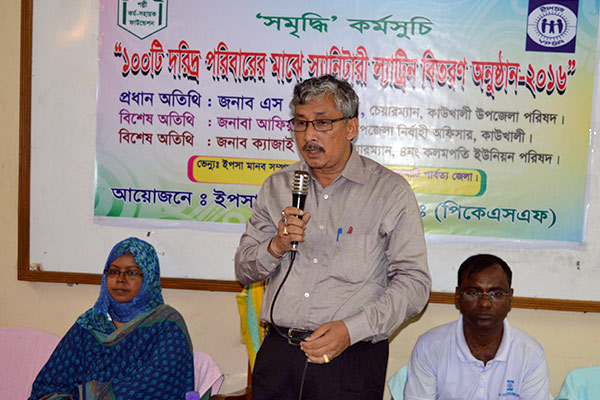