YPSA has organized a daylong Roadshow campaign on Pictorial Health warning on packets of tobacco products in Chittagong. Mayor of Chittagong City Corporation Mr. A. Z. M Nasir Uddin has inaugurated the Roadshow campaign in front of City corporation office on 15th March’16. Mayor has paid attention to all tobacco industries to ensure the pictorial health warning on packets of tobacco products by 19th March 2016 as per the direction of the Law and Rules.He also said that he will ensure 100% utilization of allocated budget of 1 crore Taka of City corporation for implementing tobacco control program.

The Roadshow is moving around the Chittagong City area for disseminating the messages and also sharing the TC law & Rules with different tobacco sellers. 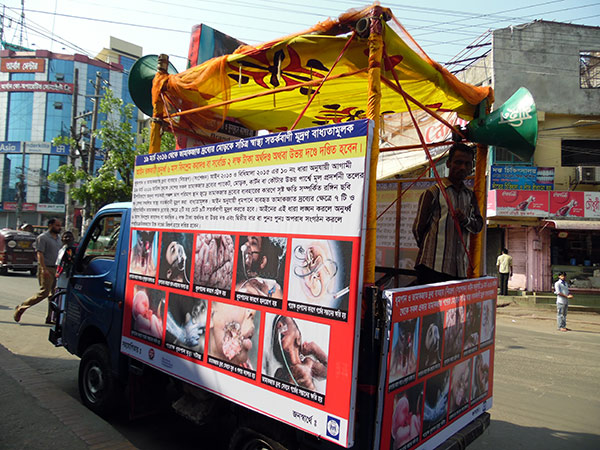 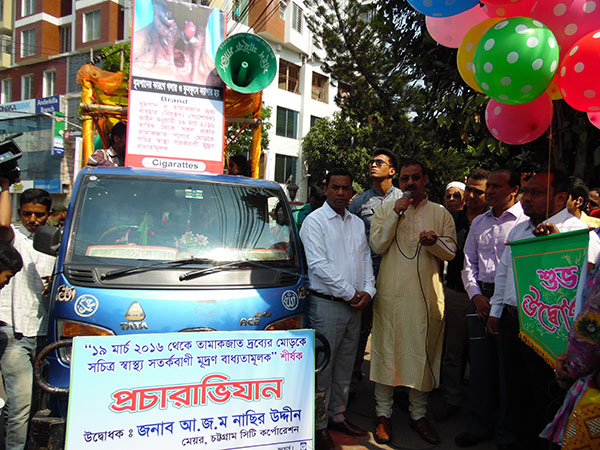