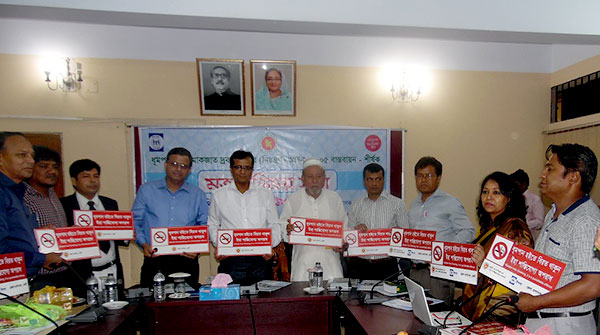 A sharing meeting on “Implementation on Tobacco Control Law 2005” was held on 29th May 2016 at the Conference hall of DC office of Feni. The meeting was organized by DC office of Feni, initiated by YPSA and supported by Campaign for Tobacco Free Kids. The meeting was presided over by Dr. Hasan Shahriar Kabir, Civil Surgeon of Feni district while Mr. Amin Ul Ahsan, Deputy Commissioner of Feni district was the chief guest.

The chief guest, Mr. Amin Ul Ahsan, Deputy Commissioner said that he will take all necessary measure for implementing the Tobacco Control law and make the Feni district smoke free. He also said that the mobile court and taskforce meeting will be conducted regularly in Feni.

After the meeting a mobile court was operated in Feni district.