YPSA organized a daylong Road Show campaign on Tobacco Free Chattogram City with the message of “Green & Clean City, let’s ensure Tobacco Free city”. Mayor of Chattogram City Corporation Mr. A. J. M Nasir Uddin inaugurated the Road show campaign in front of City corporation office on 29th September 2019. Mayor said that for implementing the declaration of Honorable Prime Minister Shaikh Hasina, he would ensure the Tobacco Free City and all the wards would be tobacco free. He also said that he would ensure the utilization of budget allocated by city corporation and enforce the TC law. He also shared the harms of Tobacco use and the provisions of Tobacco control law with the audiences. 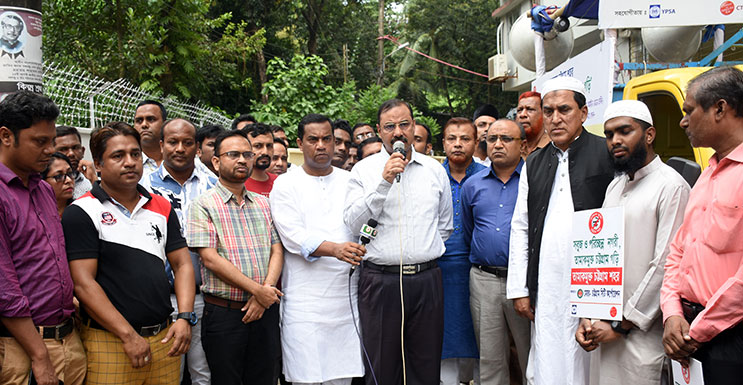 The Roadshow moved around the Chittagong City area and disseminated leaflet with the message of harms of Tobacco use and Tobacco control law. YPSA’s youth volunteers led the campaign and they shared the slogan of tobacco free city and related information during roadshow.