“The architect of the Bangladesh, Father of the Nation Bangabandhu Sheikh Mujibur Rahman united the people. He became the symbol of voice against all kinds of oppression, discrimination and persecution. He does not belong to any single political party or ideology. We need to work together to move forward with his spirit.”, said Md. Arifur Rahman Chief Executive of YPSA while he was present as chief guest of discussion meeting on the occasion of the birth centenary of Father of the Nation Bangabandhu Sheikh Mujibur Rahman and the Independence Day, arranged by YPSA with the support of PKSF at YPSA head office in Chattogram on 25 March, 2021. 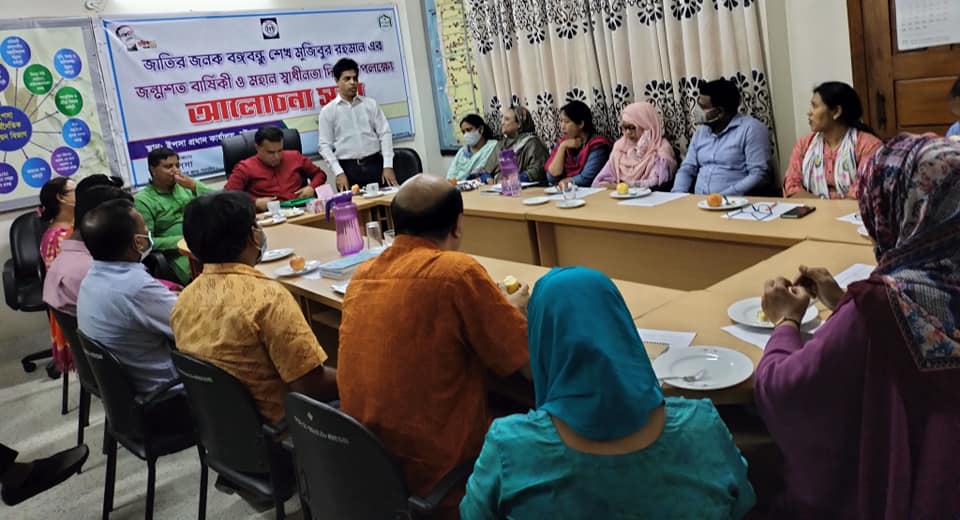 Progress of Bangladesh in the 50 years of independence and various obstacles in its subsequent development, overall challenges to be overcome etc. were also discussed.

At the end, Md. Arifur Rahman discussed the writings of the book ‘Hundred Years of Mujib’ and said that the wrapper of the book will be unveiled very soon. The book contains a development research by the Chief Executive of YPSA. He requested that the book be kept in everyone’s collection.