On the occasion of the 36th anniversary of the YPSA (Young Power in Social Action), various programs were arranged on May 20, 2021, following the health protection procedures as per the government guidelines. The program included presentation of concept paper, discussion meetings, special prayers for YPSA’s continued success and offering good health for all, participation in a virtual live program conducted from YPSA head office through YPSA’s Facebook Official Page. 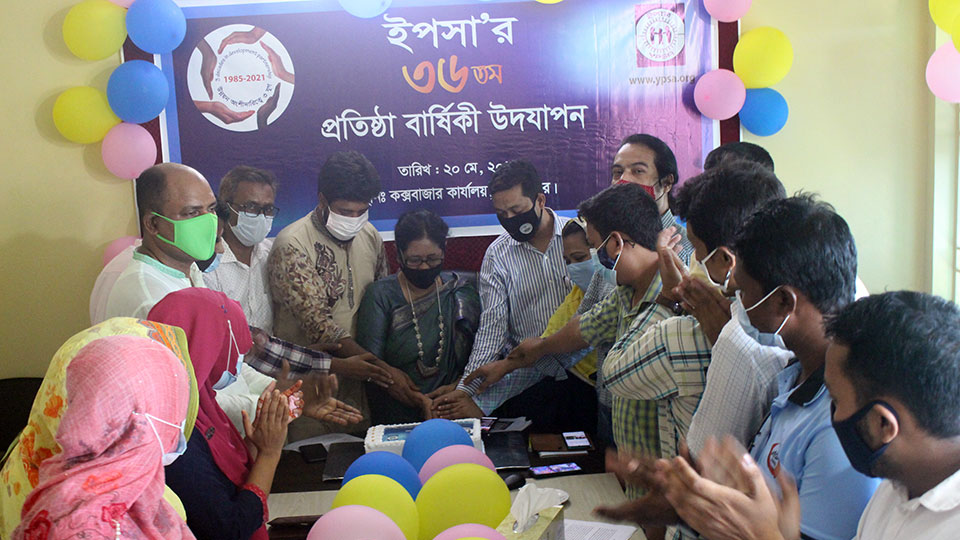 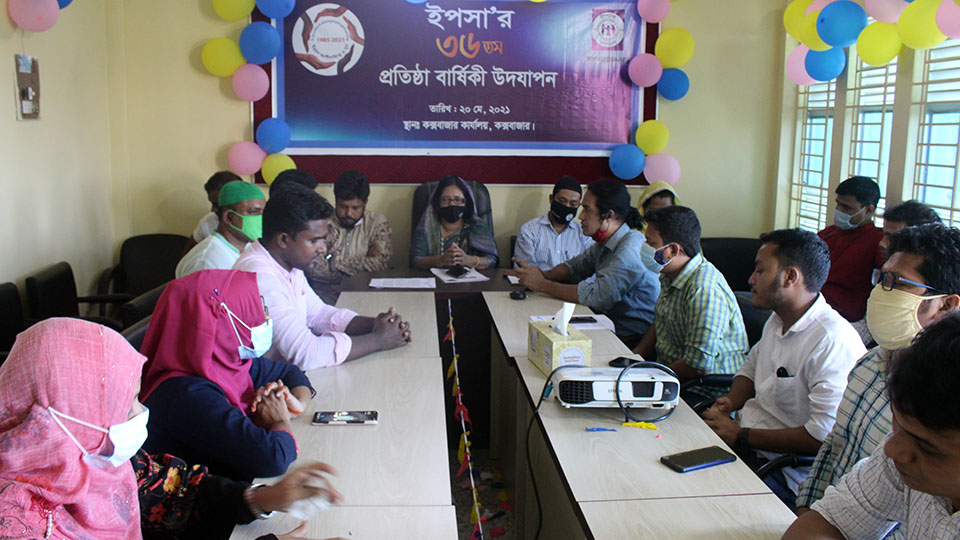 A discussion meeting was held in the hall room of the Cox’s Bazar office presided over by Khaleda Begum, Deputy Director of YPSA and Cox’s Bazar Regional Head. The meeting was moderated by YPSA Cox’s Bazar Focal Person Mr. Mohammad Harun.

YPSA Regional Office in Cox’s Bazar participated in the Facebook Live program from conducted from the head office.  After the Facebook Live, the 36th founding anniversary was celebrated by cutting a cake.

At the end of the program, special prayers were offered for the continued success of YPSA and for the well-being of all. 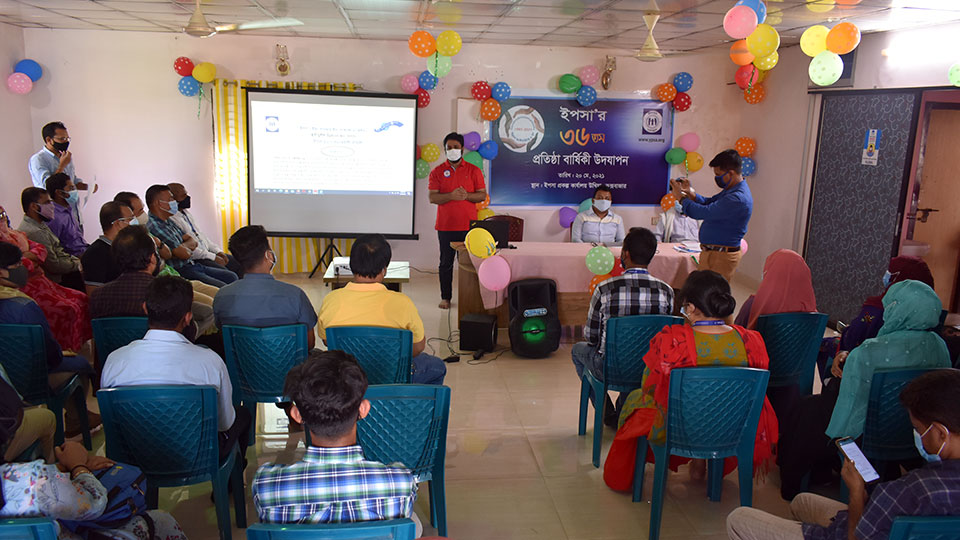 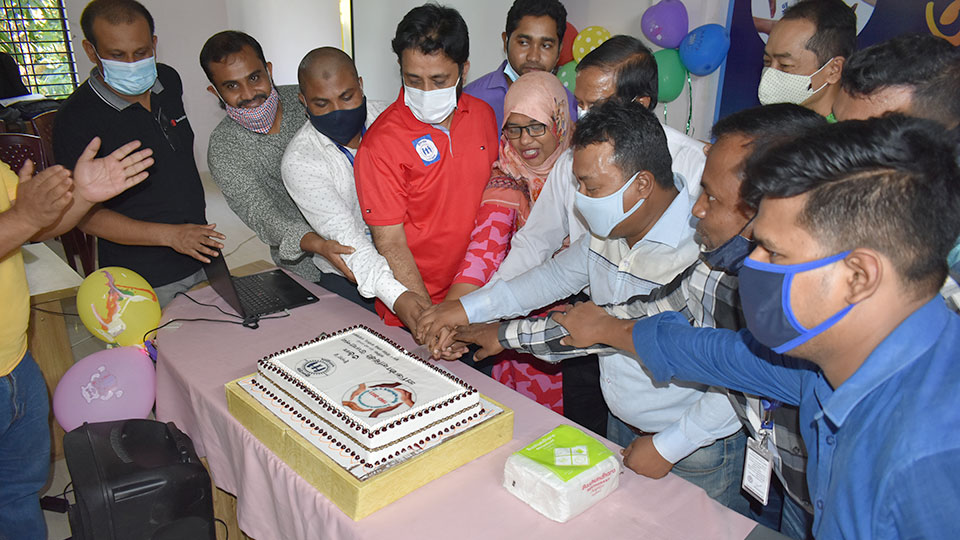 At the Project Office in Ukhiya Upazila, YPSA’s founding day was celebrated on 20 May. Shamsher Uddin Mostafa, Focal Person of YPSA Ukhiya Office and Project Manager of Shelter Project address the welcome speech in the discussion meeting which was moderated by Nobel Barua. Rozina Akhter and Shanto Chowdhury presented concept paper of the founding day.

The celebration of YPSA’s founding day in Ukhiya ended with cutting of a cake. After that, everyone enjoyed the virtual program broadcasted directly from the YPSA’s official Facebook page on the big screen. 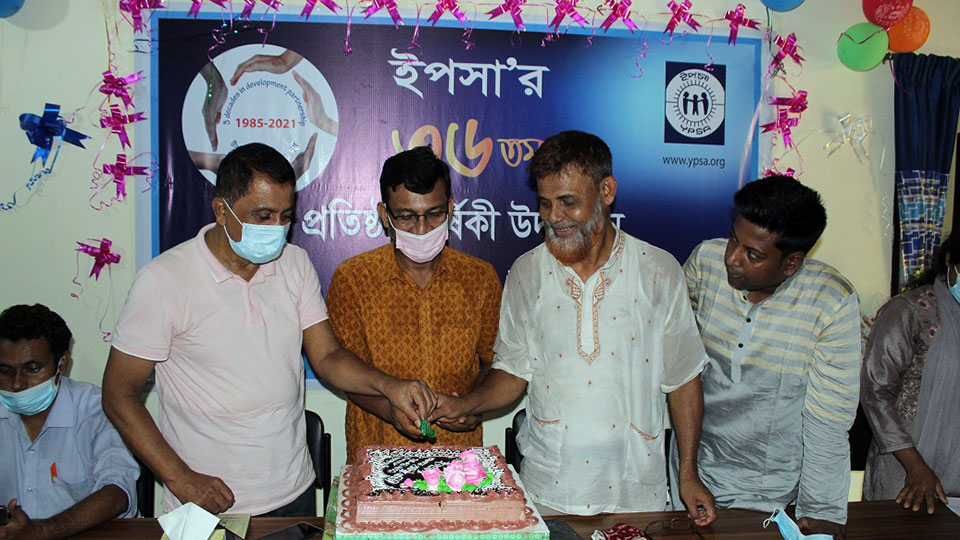 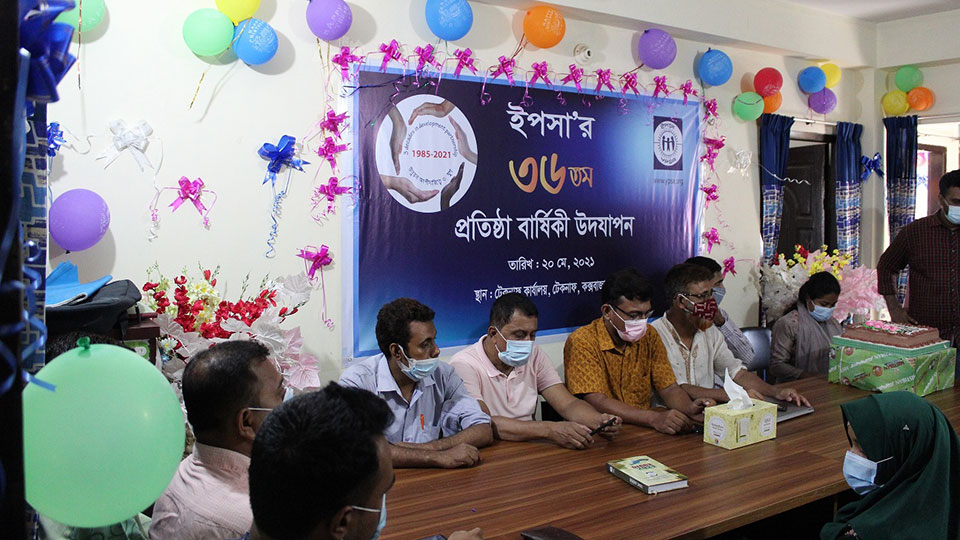 Facebook Live program from conducted from the head office was projected by the multimedia projector. After the Facebook Live, the 36th founding anniversary was celebrated by cutting a cake.

At the end of the program, special prayer was offered wishing prosperity and success of YPSA.