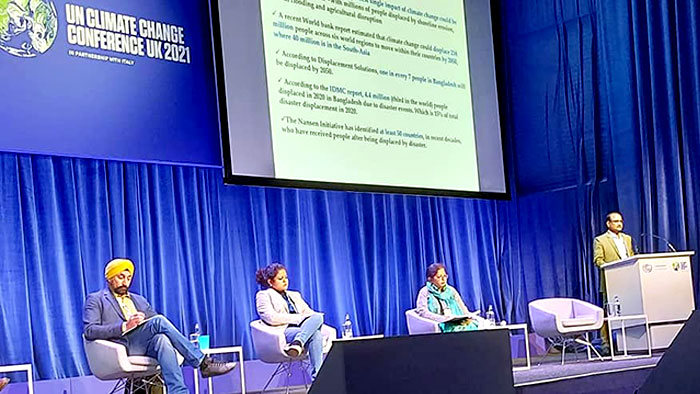 World leaders, climate experts, and campaigners of 197 countries gathered in Glasgow from 31 October to 12 November 2021 to attend the 26th UN Climate Change Conference of the Parties (COP26) hosted by Scotland, UK. This conference was arranged as part of the commitment to make climate actions related collective decisions and review progress aligned to the Paris Agreement of COP21.

Mohammad Shahjahan, Deputy Director (Head)-KM4D department and Focal Person of Climate Change and Displacement Issue participated in the COP26 of UNFCCC representing YPSA (Young Power in Social Action), as an observer organization from Bangladesh. In addition, he has participated different events and plenary sessions to share YPSA’s lessons and experiences that were learned and gathered through working on climate justice related project. 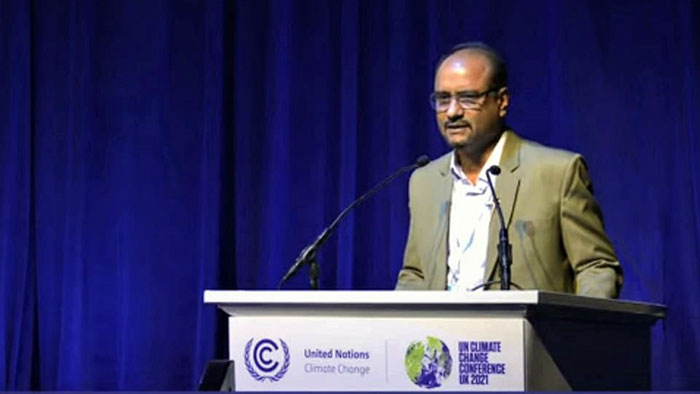 With the joint initiative of YPSA (Young Power in Social Action), Shariatpur Development Society (SDS), Center for Participatory Research and Development (CPRD), The Energy and Resources Institute (TERI), Climate Action Network South Asia (CANSA), Climate Action Network International (CAN-I), there was a side event took place on “Climate-induced migration in South Asia: Impact of loss and damage” on 10th November, 2021. Mr. Shahjahan was one of the panelists of this side event.

In this event, Harjeet Singh, senior advisor, Climate Impacts of Climate Action Network International and the programme moderator, referring to an Internal Displacement Monitoring Centre Report said that “Bangladesh and India have been featured among the top five affected countries in terms of climate displacement. Here you see the trend of how people in vulnerable areas are forced to move out of their homes in desperate circumstances.” He also emphasized that Climate Induced Migration has been a phenomenon that is affecting millions in South Asian countries concerning the loss of livelihoods and thus resulting in distress migration. This event showcased research outcomes co-related to climate change with loss and damage and displacement as a result. 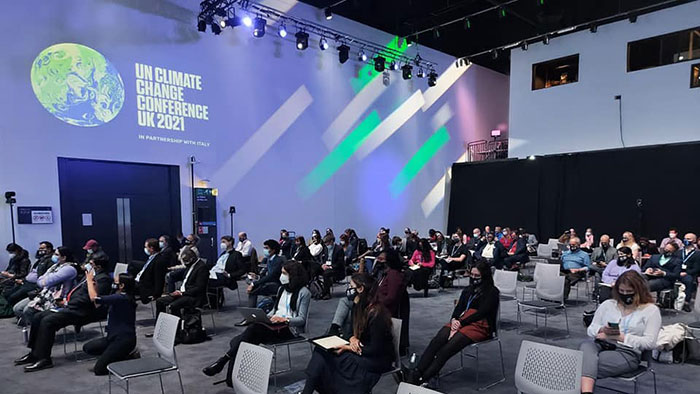 In this event, Mohammad Shahjahan has presented the research finding of Status and Scenario of Climate Change Induced Displaced People in South-Eastern Bangladesh. In this presentation entitled ‘Climate Forced Displacement: Grassroots Solution to Address Global Problem’, he presented that climate-induced displacement and migration should be treated as a separate agenda under the UNFCCC, and developed countries should to come forward with the technical and financial resources as compensation. According to the findings he presented at least 70% of climate-induced displaced people in Bangladesh experienced displacement more than once, and about 13% of people were being displaced between 5-7 times while 10% of the people were displaced over 10 times.

He also mentioned in this event that how the victims would try to relocate to nearby areas instead of migrating to the cities during the first displacement. Mr. Shahjahan stated in his presentation that “riverbank erosion has become a common phenomenon alongside major and minor rivers in Bangladesh, forcing people to migrate or resettle in more vulnerable areas where they lack basic needs and rights. Because of this sort of displacement, 50% of the people have to change their profession.”

He pointed out that how natural calamities have forced thousands of families to move from one region to another, and erosion destroys standing crops, farmland, and homestead lands every year, affecting millions of people in South Asia. 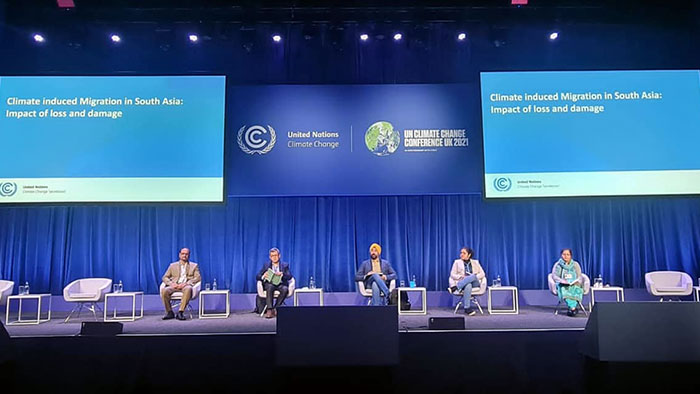 “Communities are demanding action at the local level and how to change policies nationally. People are suffering now, and the national government needs to have a budget for it as needed and keep advocating at the international level,” he also added.

‘The Business Standard’ has published a News from Glasgow on “Finance loss and damage to address displacement: Climate activists” on 11 November 2021, which highlighted the findings and lessons learned of YPSA. [News link: https://www.tbsnews.net/bangladesh/environment/finance-loss-and-damage-address-displacement-climate-activists-328438].

This news article also underlined YPSA’s research findings, lessons learned and recommendations to address the ‘Grassroots Solution to Address Global Problem. YPSA also gathered new experiences and learned best practices from other parts of the world and hoping that YPSA will take initiatives to localize it for the betterment of climate displaced people entire Bangladesh, especially in the southeastern Coastal Belt.