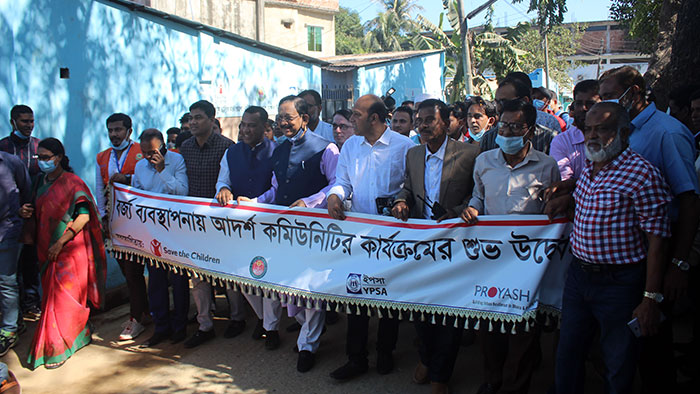 Chattogram City Corporation in collaboration with YPSA and Save the Children has started a model waste management pilot project at West Sholashahar Ward. City mayor Rezaul Karim Chowdhury inaugurated the project on 1st December. While speaking as chief guest, city mayor said a six-month model waste management pilot project has been undertaken in Nabinagar for the West Sholashahar Ward-7 to improve the waste management or waste disposal system in the current context of the city. Following the success of this pilot project, it will be implemented by the councilors in all the wards of the city. 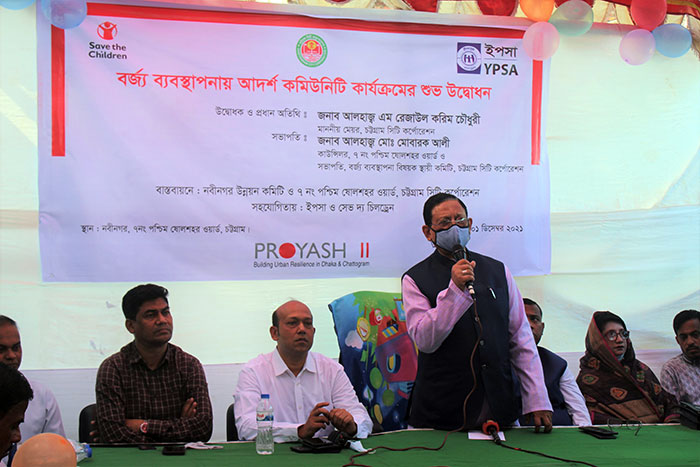 Mayor Md. Rezaul Karim Chowdhury also said that under this project, every house in Nabinagar area has been painted in the same color and covered bins have been installed in front of every alley and house. A portion of the waste collected from households will be dumped by categorizing it as a “productive sector”. After that the rest of the waste will be turned into assets by recycling.

He added that awareness stories on waste mismanagement and COVID 19 have been painted on the walls to raise public awareness. Through these works not only the waste management of the area but also the overall picture of the area has changed. Our goal is to bring the whole of Chattogram under such beautiful and modern management. That is why there is no alternative to public awareness. 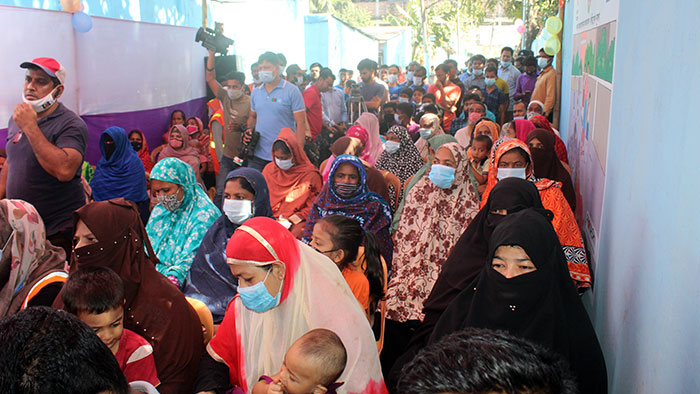 Nasim Banu, Deputy Director (Social Development) of YPSA spoke on the concept of Model Waste Management Pilot Project at the inaugural function. He said that in the next six months YPSA will supply all the bins of polythene in Nabinagar area under this project. The people of the area will also be involved in various awareness programs on waste management and disaster risk reduction. At the end of the pilot project period, YPSA will submit a full report to Chattogram City Corporation mentioning the overall issues including obstacles, opportunities, effectiveness, re-implementation eligibility, opinions and so on of this project. 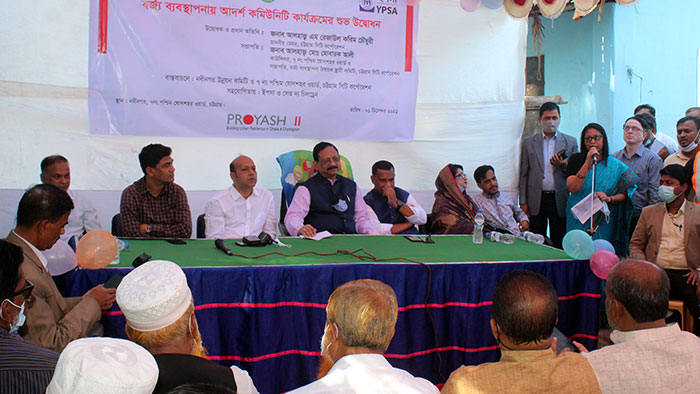 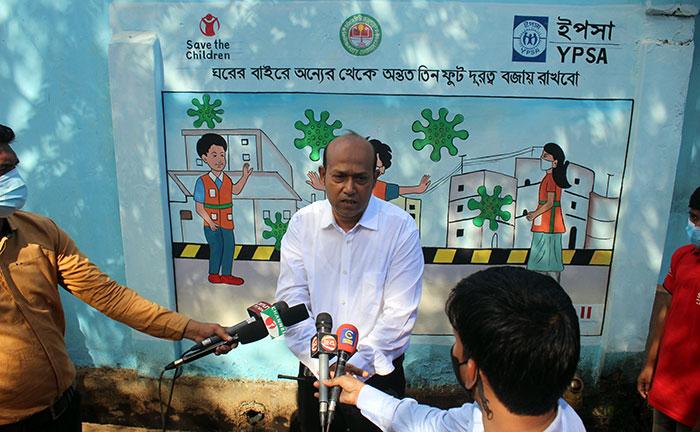 In order to ensure sustainable waste management in the city, the tendency to dump garbage here and there has also been stopped.  YPSA and Save the Children initiated the model waste management pilot project in collaboration with Mubarak Ali, Councilor of Ward 7 and President of Waste Management Standing Committee. The activities of the project include formation and management of waste management team with the help of local people of Nabinagar area, regular cleaning activities, installation of covered dustbins in front of 80 houses in Nabinagar area. 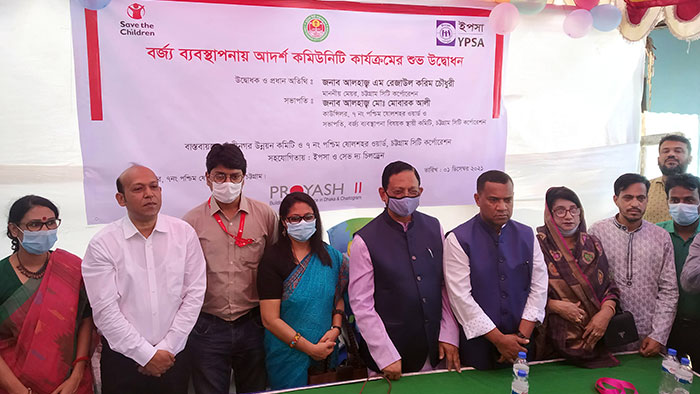