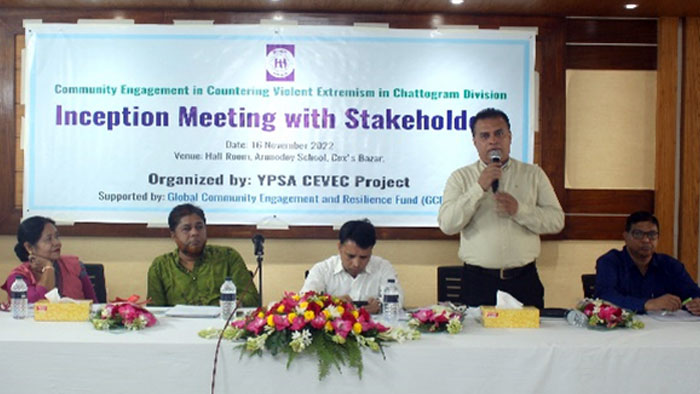 Since 2016, YSPA has been implementing a project “Community Engagement in Countering Violent Extremism in Cox’ Bazar (CEVEC) in Eight Upazilas of Cox’s Bazar District with the support of GCERF. From November 2019, the second round of the project is being implemented in four Upazilas of Cox’s Bazar district (Cox’s Bazar Sadar, Ramu, Chakria and Maheshkhali) and Sitakund upazila of Chittagong district. In this period of Round – 2 extension YPSA is going to implement project activities in same location as Round-2. 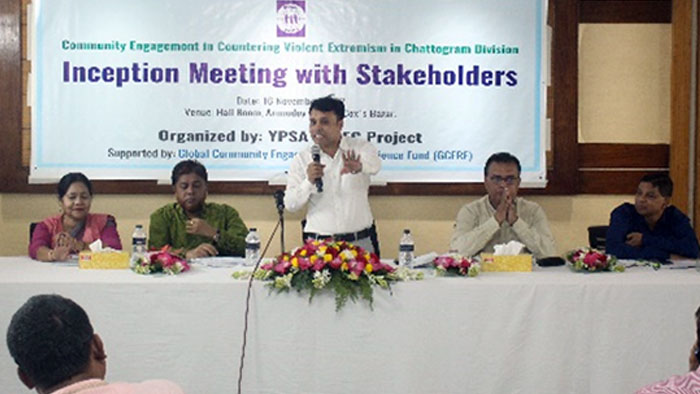 The Inception Meeting with Stakeholders of Round-2 Extension of the project was held on 16 November 2022 at Arunoday School Hall Room of Cox’s Bazar District. The Honorable Additional Deputy Commissioner of HR&M of Cox’s Bazar Md. Nasim Ahmed was present as the chief guest of the occasion and the Secretary of Cox’s Bazar Press club Md. Mujibul Hoque were present as special guest. The program was chaired by Md. Arifur Rahman, Chief Executive, YPSA and Mr. Palash Kumar Chowdhury the Director of Finance of YPSA were present as special guest from the organization. 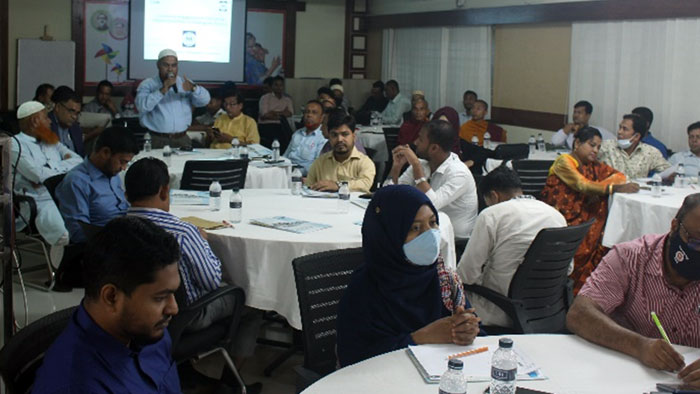 At the welcome speech the Chief Executive of YPSA Mr. Md. Arifur Rahman discussed about the background of the project and how the project was developed in 2016. In his speech he also expressed his thanks to all the participants for involving themselves with the project activities and their presence at the program. After the chair speech Ms. Khaleda Begum, the Team Leader of YPSA-CEVEC project give a powerpoint presentation about the project modalities, Project Objectives, Goal, Activities and importance of the Stakeholders involvement.

The participants from Government Sector, Teachers, Religious Leaders, Local Government Bodies, Students, and Youth Leaders discussed about the importance of the project in the community level and the importance to involve the stakeholders and their role to prevent violence extremism at the open discussion session.

Md. Mujibul Hoque the Secretary of Cox’s Bazar Press club discussed about the importance of involve civil society in the project activities and the parent’s role to protect youth from violence extremism in his speech.

At the end of the program Mr. Palash Kumar Chowdhury the Director of Finance of YPSA expressed gratitude and thanks to all the participants for their present, involving themselves at the project activities. By the speech of ‘Vote of Thanks’ the ‘Inception Meeting with Stakeholders’ were successfully ended.