The Mayor Mr. Mahammad Manjur Alam was addressing as the Chief guest while the Mayor,Mr. Harunur Rashid, of Noakhali  Pouroshova was attending the meeting as a special guest along with other panel mayors from different other Pouroshova of Chittagong division. 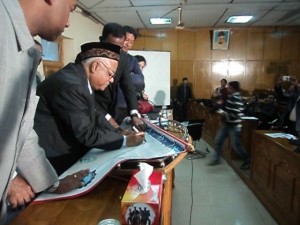