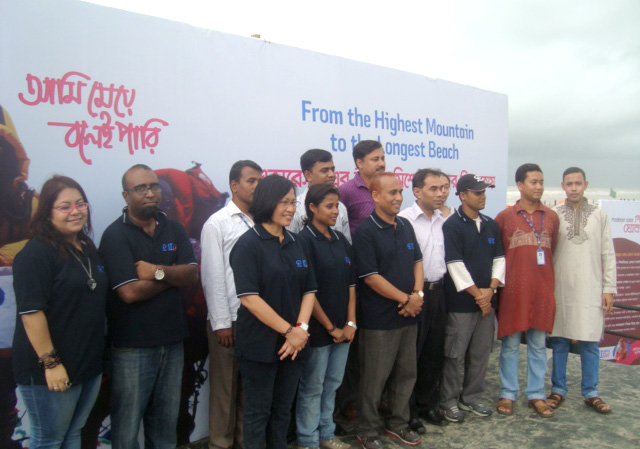 Nishat Mazumder, who became the first Bangladeshi woman to scale Mount Everest, dedicating her climb to Because I am a Girl (BIAAG) campaign. After placing the BIAAG flag atop the world’s highest mountain, Nishat has placed the BIAAG flag titled “From the Highest Mountain to the Longest Beach” on the world’s longest beach, in Cox’s Bazar, Bangladesh on October 5. YPSA attended as a supportive organization in this campaign.

Plan Bangladesh launches its ‘Because I am a Girl’ campaign this October they plan to urge everyone to raise their hands, ‘Hands Up!’ they call it, in support of women’s empowerment. The campaign is made to address the issue of gender discrimination around the world. The campaign focuses on inequality faced by girls in developing countries, and promotes projects to improve opportunities for girls in education, medical care, family planning, legal rights, and other areas.