YPSA has successfully completed 1st installment of Grants Handover Ceremony for the Forest Dependent Communities on 15 March’ 2015 at YPSA HRDC, Chittagong. The program was jointly organized by YPSA and Arannayk Foundation in collaboration with Bangladesh Forest Department. A total of 20 Union Federations of Forest Dependent Groups under YPSA-AF Chittagong, Banskhali and Fatikchari has received project grants as a matching fund for implementing AIGA as well as reduce the dependency on forest.

After the discussion program the honorable chief guest, special guest, ED-AF and Director (SDP), YPSA handed over the grants among the president of 20 Union Federations under 03 Forest Divisions of CRPAR project. 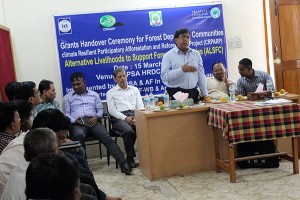 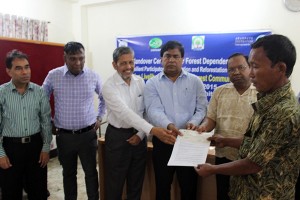