YPSA and Hill Top jointly organized a workshop on Implementation of Tobacco Control Law at DC office, Bandarban on 4th October 2015. The main objectives of the workshop were to share tobacco control law and rules for ensuring proper implementation of the law, role and responsibility of authorized officer, magistrate and tobacco control taskforce and to develop action plan for implementing TC law in Bandarban. The government officials who are directly involve with the enforcement of tobacco control law like magistrate, tobacco control taskforce committee members and authorized officers were the participants of the workshop.

After the inaugural session, Ms. Nasim Banu, Team Leader of Smoke Free project of YPSA has facilitated the workshop and Mr. Anup Dewan, Civil Surgeon also discussed about the health hazards of Tobacco use as a resource person. At the end of the workshop each participant has shared their next initiative to implement the TC law at their jurisdiction. 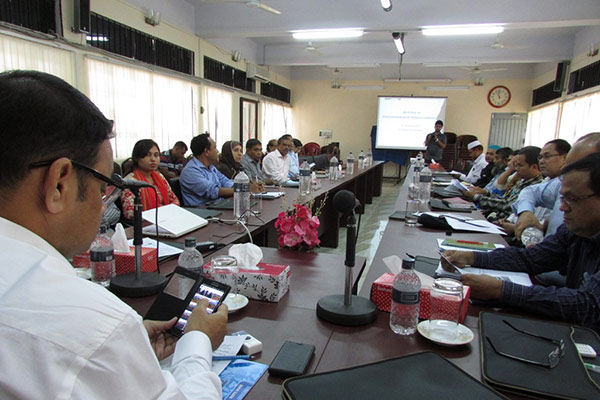