YPSA provides financial aid to the persons with disability affected by cyclone Komen and flash flood in Cox’sbazar which happened in the midst of 2015. At first YPSA conducted a survey to identify person with disability (PWD) in 4 sub-districts of Cox’sbazar and Bandarban.  Total 759 PWDs were identified including 122 in Pekua, 77 in Naikkongchori, 314 in Chokoria, 246 in Ramu. 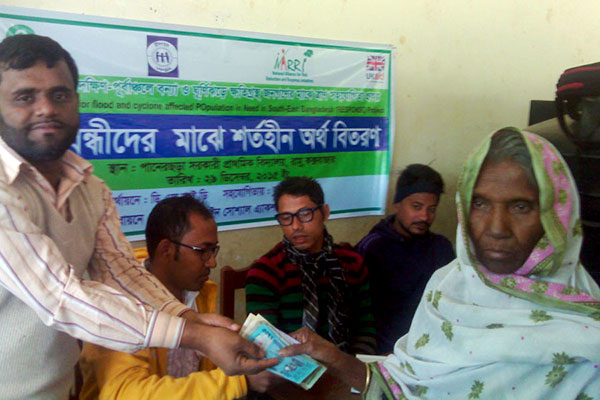 This financial aid has been provided  under the project “Relief Support for flood and cyclone affected Population in Need in South-East Bangladesh (RESPONSE) project 2015” which is funded by DFID, supported by respectively Oxfam, Plan Bangladesh and Concern Worldwide and implemented by YPSA.

This is the first time for the persons with disability in those areas who have got any support from any organizations.