BLAST-YPSA Consortium organized human chain, rally and discussion meeting at different sub-districts under Chittagong division including Ramu, Rangunia, Moheshkhali, Sandwip, Kutubdia and Fatikchari on March 8 to mark the International Women’s Day 2016 with the theme ‘Planet 50-50 by 2030: Step It Up for Gender Equality’. These programs were arranged under the project “Community Legal Services (CLS)” supported by Maxwell Stamp PLC and CLS. 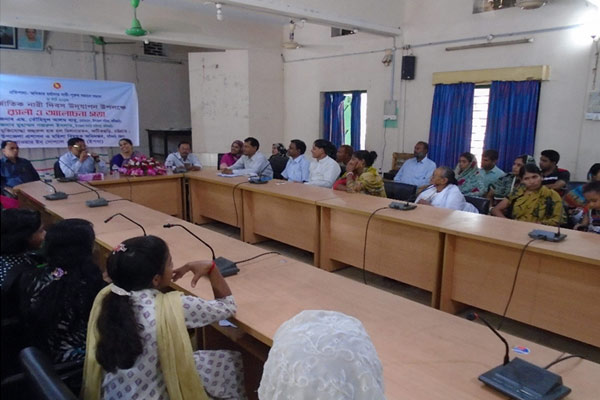 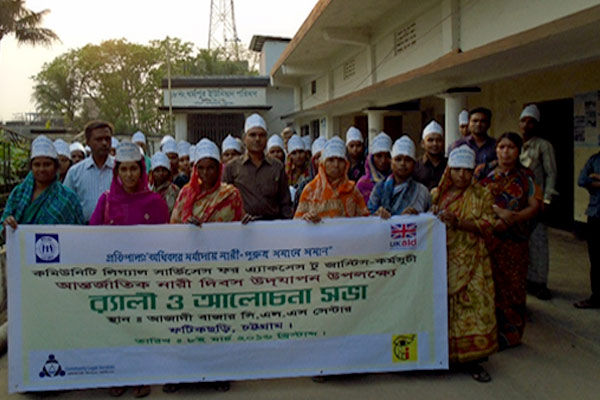 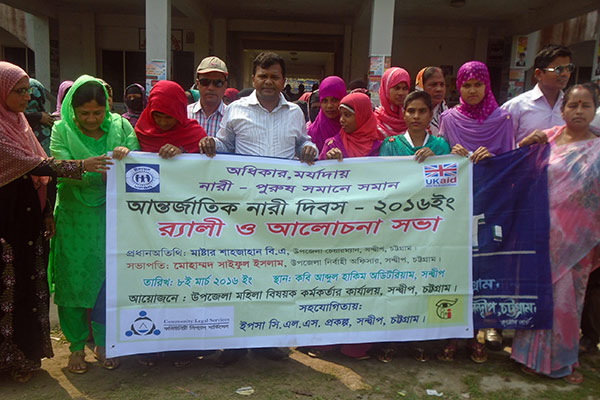 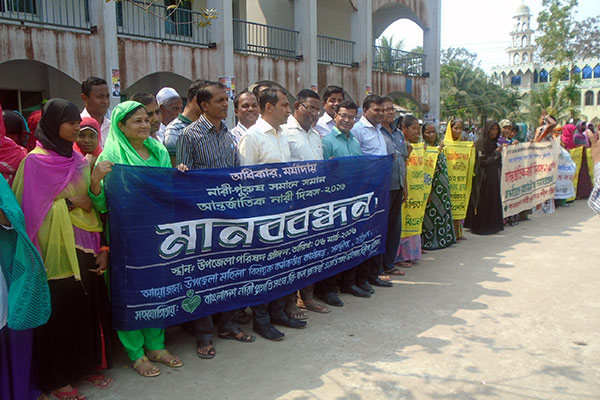 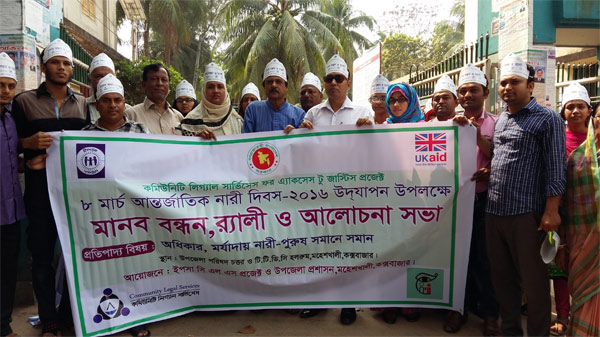 A rally was organized at Rangunia to mark the day which was led by Upazila Nirbahi Officer Saiful Islam Mazumder. People from all walk of life including Women Affairs Officer of Rangunia Upazila Sonia Shafi, members of Union Parishad, government officials, NOGs and civil society participated in the rally. A discussion meeting was held following the rally at the UNO office. Upazila Chairman Ali Shah was present as chief guest wile UNO Saiful Islam Mazumder presided over the meeting.

In all discussion meetings, speakers focus some topics like ending all forms of discrimination against all women and girls everywhere. Eliminating all forms of violence against all women and girls in the public and private spheres, including trafficking and sexual and other types of exploitation. Eliminating all harmful practices, such as child, early and forced marriage and female genital mutilation. Ensuring that all girls and boys have access to quality early childhood development, care and preprimary education so that they are ready for primary education