YPSA, Deputy Commissioner’s Office and other NGOs jointly organized rally and discussion meeting on March 10 to mark the National Disaster Preparedness Day 2016 with a view to raising mass awareness about natural calamities. The rally followed a procession which started from the Circuit House around 9am and ended at the Zilla Shilpakola Academy.

Speakers underscored the need for trained manpower, equipment and determining strategy to reduce disaster risks. They also emphasized participation of local people and institutes in this respect. 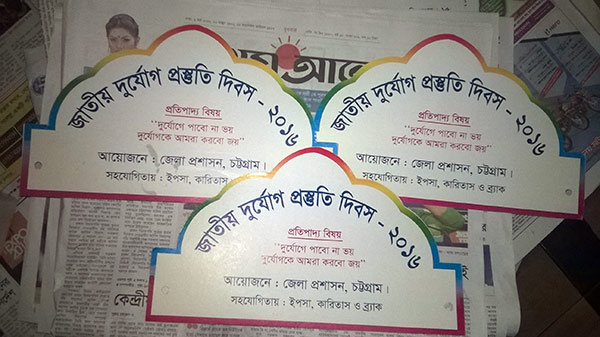