The International Day of the World’s Indigenous Peoples is observed on August 9, 2016 (Tuesday) on YPSA-Community Legal Services for Access to Justice Project (CLS) area to promote and protect the rights of the indigenous population at program area. There were four upazilla’s in YPSA-CLS area namely as Fatikchari, Rangunai, Ramu and Moheshkhali, where about 10 thousands of indigenous people living on fifteen unions. There were six major ethnic groups as; Chakma, Rakhaine, Tripura, Marma, Tanchangya and Oraon.

YPSA-CLS program are conducting various activates along these ethnic groups from the begging of this project. As well as, YPSA-CLS were supported to observe International Indigenous day 2016 with various activities as rally and discussion for marking this day. This year’s theme is Indigenous Peoples’ Right to Education to highlight the importance of education and preserving indigenous knowledge.

This precession was great success with almost 450 indigenous people were participated at  four different upazila’s  (Fatikchari, Rangunai, Ramu and Moheshkhali) with different professionals as student, business man, farmer, housewife, coalition member and masses , where about sixty five percent of the participants were female. 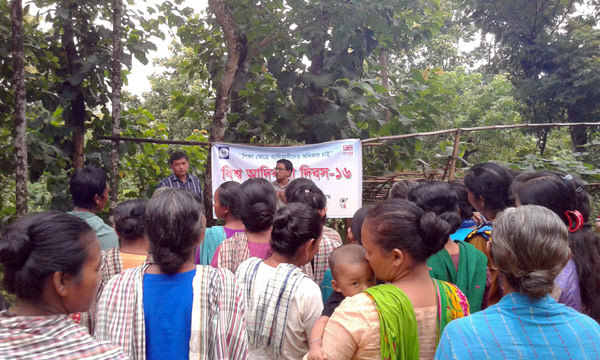 Program brought out the colorful rally on their ground (para). The rally paraded Major Street of their respective unions as Padua at Rangunia, Haroalchari at Fatikchari, Baro Rakhaine Para at Moheshkhali and South Mithachari at Ramu Upazilla. After the rally, a discussion meeting was held highlighting the theme of the Day. At discussion indigenous people, indigenous leader (Karbari), coalition member and program personnel were participated. At discussion speakers said that the right of indigenous peoples to education is protected by the UN Declaration on the Rights of Indigenous Peoples, which in Article 14 states that-

“Indigenous peoples have the right to establish and control their educational systems and institutions providing education in their own languages, in a manner appropriate to their cultural methods of teaching and learning.”

Goal 4 of the 2030 Agenda for Sustainable Development calls for ensuring equal access to all levels of education and vocational training for the vulnerable, including persons with disabilities, indigenous people and children in vulnerable situations.

However, the National Education Policy-2010, in Bangladesh states that, 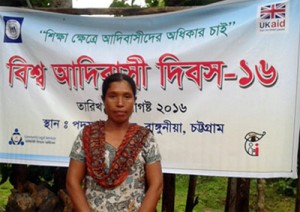 “We are deprived from human rights, our language, culture and customs are becoming threaten. YPSA-CLS interventions is aware us on human rights and common legal issues.

The right of indigenous peoples to education is also protected by a number of other international human rights instruments, including the Universal Declaration of Human Rights.

At discussion Indigenous Leader and Coalition member (Ikka Ching Marma) of Padua Union, Rangunia said that “we are deprived from fundamental human rights, our language, culture and customs becoming threaten”

At concluding session, YPSA-CLS program staff said that, YPSA-Community Legal Services for Access to Justice Program has been working for the Legal Empowerment of Marginalized and Underprivileged Communities as well in ethnic minorities in Bangladesh. Also shared the legal service is now at your door steeps and panel lawyer is now services bi monthly on CLS centre. And welcome to CLS centre for legal advice and legal information.