Mayor declared that he will take initiative to make the Tobacco free Cox’s Bazar City from now on. He said that developing a clean and healthy city is one of his election manifestos, so he will work on it.

The municipality will inform people announcing through miking not to smoke at public places and take some awareness raising activities. He added.

He also declared that he will quit smoking as it is very harmful for health. 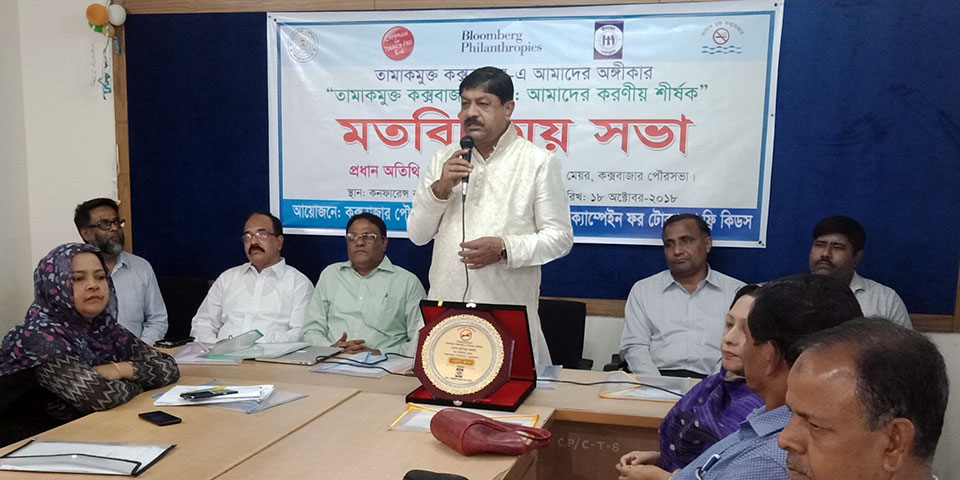