“A society without poverty where everyone’s basic needs and rights are ensured” with this envision, YPSA has spent 36 years of its journey by implementing a number of development programs in the greater Chattogram and Dhaka. On 20 May, 2021, YPSA, an organization of sustainable development, celebrated its 36th anniversary. On this occasion, various events were organized at the YPSA Head Office in Chattogram. Chief Executive of YPSA Md. Arifur Rahman was present as chief guest in the discussion meeting held at the conference room where Dr. Shamsun Nahar Chowdhury Lopa, member of General Council was present as guests of honor.

Chief Executive of YPSA Md. Arifur Rahman said, 36 years is a long time. During this long period, we have implemented numerous development programs in coordination with government, non-government organizations and numerous international organizations. YPSA is not an organization formed in a short time. Overcoming various obstacles, YPSA has today become one of the largest development organizations in Chattogram. Honesty, devoutness and values, holding on to these three, YPSA is moving forward towards its desired goal. 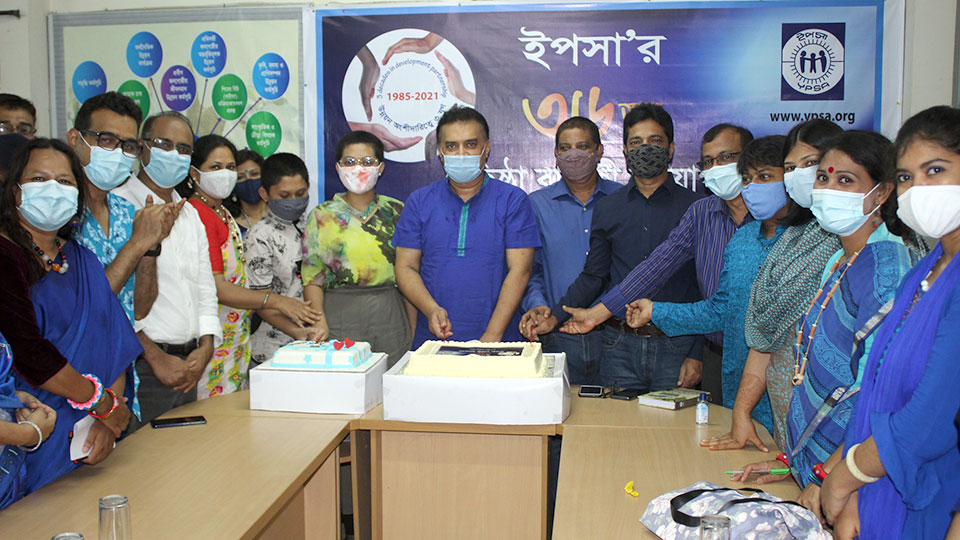 At the beginning of the meeting, a concept paper was presented on various aspects of YPSA’s development journey.

It is to be mentioned here that being inspired by the spirit of International Youth Year 1985, proclaimed by United Nations, some socially conscious youths of Sitakund Upazilla under Chittagong District of Bangladesh began to motivate and organize the youth community establishing a youth organisation named “Young Power” on 20 May 1985.

YPSA gains huge reputation from the local, National and International level by the expansions of its social development activities and network. YPSA represented in UN World Youth Forum & Festival in Portugal in 1998 and won the International Youth Peace Prize (IYPP) in 1999. Currently, YPSA has special consultative status of the United Nations Economic and Social Council (UN ECOSOC).