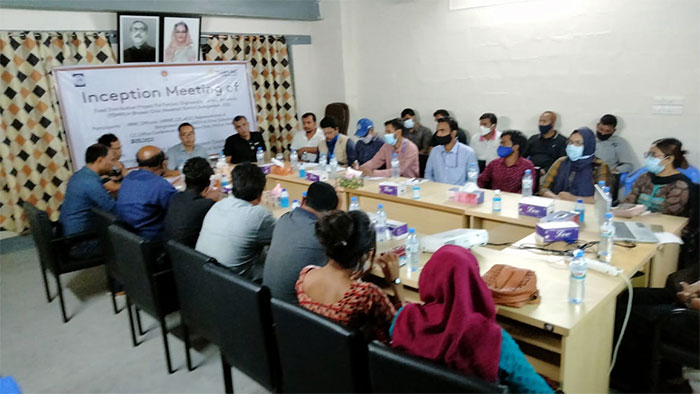 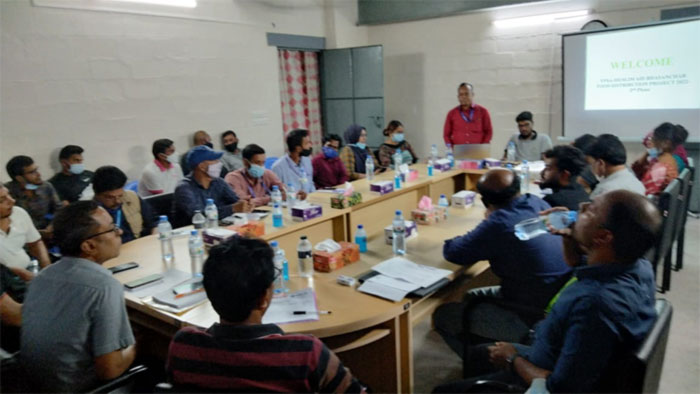 He says, under this project, MABFO started the humanitarian works in Bhasan Char since June’2021. Here we develop a perfect database for assigned 555 families of FDMNs. Muslim Aid will ensure food quality as well as quantity of each and every distribution.

Chief Guest of the occasion Md. Khalid Hossain, CiC of Bhasan Char and Executive Magistrate gave emphasizes to distribute on cluster based food package. He requested to maintain food quality and quantity to relevant actor NGOs of food distribution. He also advice to include NFI, meat, egg and milk with existing food pack. Finally, he thanked YPSA and Muslim Aid for implementing the project in Bhasan Char and expressed his cordial gratitude to all participants.

Nur Mohammed from YPSA shared an overview of the project through power point presentation. He shortly described project goal, objectives, direct beneficiaries and major activities according FD-7. He also shared about database report of targeted beneficiaries.

He expected the full cooperation of the government administration so that the food support could reach the targeted 555 FDMN families through the project. He also sought the involvement of the concern NGOs who are working with food sector in Bhasan Char. Finally he highlighted the some key achievement of the project from the beginning. And thanked to all for giving their valuable time in the meeting.