One to one advocacy with the local government and influential persons for ensuring housing land and property rights of climate displaced people held in Sandwip (An island near Chittagong).

YPSA has been implementing the project titled “Bangladesh Housing Land and Property (HLP) Rights Initiative” since 2012 with the support of Displacement Solution (DS). 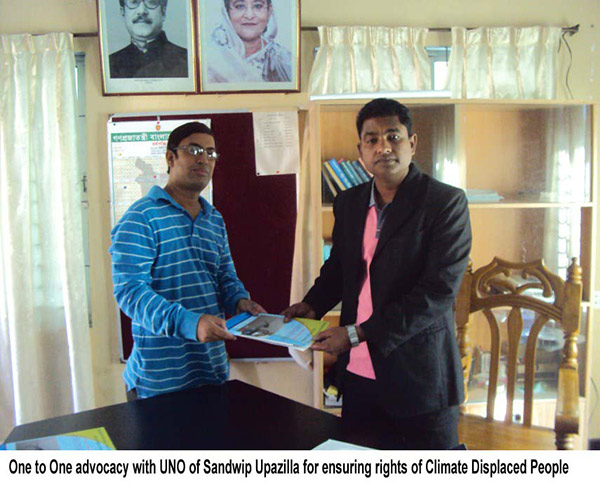